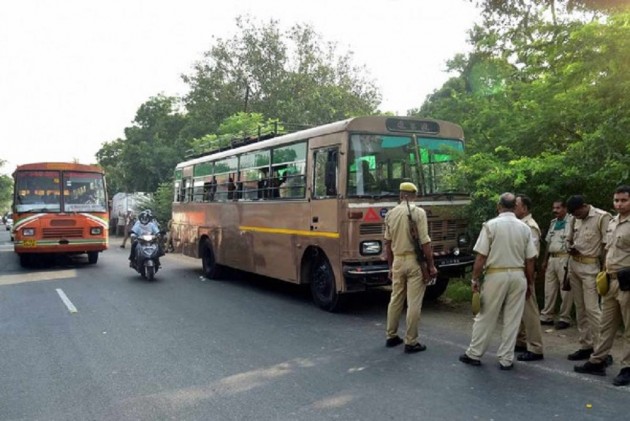 A civil rights body on Saturday claimed that members of the Hathras rape victim’s family are living in conditions akin to house arrest and they fear for their lives once the CRPF cover given to them is withdrawn.

The People's Union for Civil Liberties (PUCL) also released a report on the state of the investigation into the case. The organisation demanded security for the family and their rehabilitation through the Nirbhaya fund.

The whole family is in a way under house arrest conditions and their normal social life has been cut off, PUCL members Kamal Singh, Farman Naqvi, Alok, Shashikant and K B Maurya told reporters here.

The victim’s family members fear for their lives after the CRPF protection is withdrawn, they said.

The PUCL members said cases must be lodged against officials for a hurried cremation of the victim.

Action should be taken against District Magistrate Praveen Kumar, SP Vikram Veer and the area SHO in this regard, they said.

The 19-year-old Dalit woman died at a Delhi hospital a fortnight after her alleged rape by four men from her village in Hathras district on September 14.

She was cremated in the middle of the night in her village. Her family members claimed that the cremation, which took place well past midnight, was without their consent and they were not allowed to bring home the body one last time.

The PUCL members said action should also be taken against those responsible for “defaming” the woman’s family.

They demanded that cases lodged for the alleged bid to incite violence in the name of the incident should be brought under the ongoing CBI investigation. Currently, these cases are being probed by the state STF, they said.

Alok and Farman Naqvi alleged that the name of the Popular Front of India (PFI) has been dragged into the controversy to create a Hindu-Muslim chasm and divert attention.

Kamal Singh said the PFI is not on the list of banned organisations but Uttar Pradesh Chief Minister Yogi Adityanath calls it an extremist body.

If that is so, then why a ban has not been imposed against it, he asked.

Four people, said to be members of the PFI, were arrested in Mathura while on their way to Hathras last months.

The Uttar Pradesh police had said the four, including a journalist, had links with the Popular Front of India.