Earlier on Tuesday, Ranaut's lawyer senior counsel Birendra Saraf submitted in the court a DVD containing a speech in which Raut allegedly made a comment threatening the actress. Bench to hear final hearing in the case on Friday 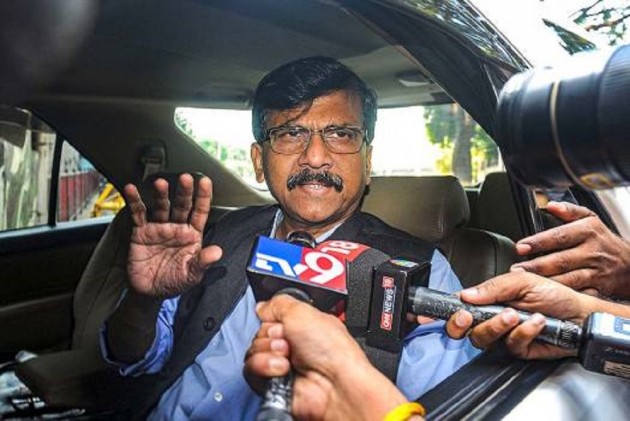 The Bombay High Court on Thursday directed Shiv Sena chief spokesperson Sanjay Raut to file his reply to actor Kangana Ranaut's petition against the
demolition of a part of her bungalow in Mumbai by the BMC.

A bench of Justices S J Kathawalla and R I Chagla also directed the Brihanmumbai Municipal Corporation's (BMC) H-ward officer Bhagyawant Late to file his reply to the plea.

Bhagyawant Late had signed the demolition notice served to Ranaut on September 7.

On Tuesday, Ranaut's lawyer senior counsel Birendra Saraf submitted in the court a DVD containing a speech in which Raut allegedly made a comment threatening the actress.

Following this, the HC bench had permitted Ranaut to make both Raut and Late parties to the case.

On Thursday, the bench said it will begin final hearing in the case on Friday.

Justice Kathawalla said the bench will begin hearing the petitioner (Ranaut) on Friday and Raut could file his reply anytime before his turn to put forth his arguments in the court.

The bench, however, directed the BMC to file the reply on Late's behalf by Monday, saying it could not delay the hearing.

"We cannot leave the demolished house the way it is. The building is demolished partly, and in the heavy monsoon, we cannot leave it in this state. We will start hearing the petitioner tomorrow," the bench said.

Ranaut, in her plea filed in the HC on September 9, sought that the demolition carried out by the BMC at her Pali Hill bungalow be declared illegal.

She subsequently amended her plea to demand Rs two crore as damages from the civic body and its officials.

In her plea, she alleged that the BMC had demolished the bungalow out of personal vendetta, since she had made some comments adverse to the Shiv Sena-led Maharashtra government.

The BMC in its affidavit filed in the high court denied the allegation.

In the affidavit filed through advocate Joel Carlos, the BMC said Ranaut had carried out illegal structural changes and repairs at the bungalow, and the civic officers were merely following the law in demolishing unauthorised portions of the structure.

The civic body had urged the high court to dismiss Ranaut's plea and to impose a cost on her.