The order was passed by a division bench of Chief Justice L. Narayana Swamy and Justice Anoop Chitkara while hearing a public interest litigation (PIL). 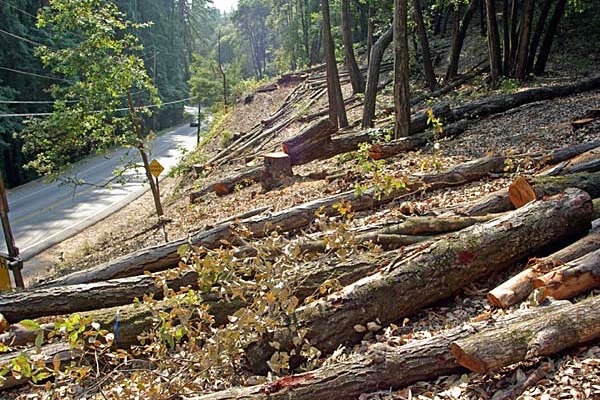 Himachal Pradesh High Court on Tuesday stayed all permission granted by the local municipal corporation (MC) for felling or lopping off trees within the municipal limits of Shimla.

Only HP State Electricity Board (HPSEB) Ltd has been kept out of the purview of the high court order and has been allowed to cut trees if needed for the maintenance of power supply.

The order was passed by a division bench comprising Chief Justice L. Narayana Swamy and Justice Anoop Chitkara while hearing a public interest litigation (PIL) that alleged illegal felling of trees in Shimla which stood in complete violation of the Forest Conservation Act 1980, and also HP Municipal Corporation Act.

The petition sought a probe into most of the felling done without compliance of the necessary provisions. The petition alleged that illegal felling citing dangerous or falling trees was being carried out in the town's municipal areas.

Even the National Green Tribunal (NGT) had banned all kinds of tree felling in Shimla, particularly for the purposes of raising constructions or clearing the trees causing obstructions or for making roads.

The PIL has also sought a stay on the notification regarding constitution of a cabinet sub-committee to decide matters relating to felling of the trees.

The petitioner also sought court’s intervention to restrain the authorities from furthering the process of illegal felling of green trees or granting fresh permission in future without seeking high court’s approval.

“Any sort of felling, cutting, lopping of green trees in Shimla’s green belts or public forests which fall under the jurisdiction of municipal corporation of Shimla should be stayed”, the PIL stated.