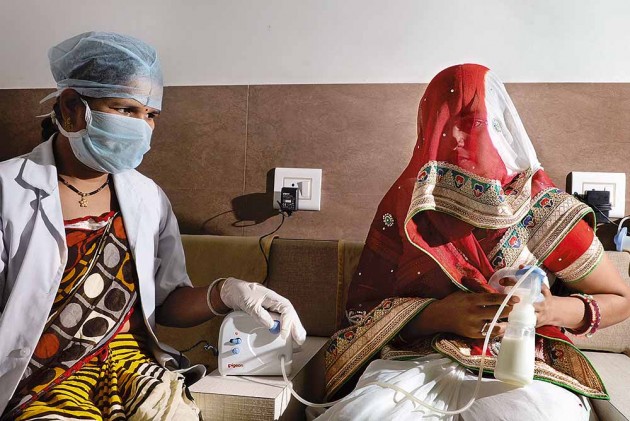 A state-of-art facility, Kerala's first-ever Human Milk Bank (HMB) will be opened on February 5. The bank shall open at the Ernakulam general hospital in the city by Health Minister KK Shailaja.

The milk bank has been set up at the hospital with the help of the Rotary Club of Cochin Global, which will ensure breast milk for those newborn babies who cannot be breastfed by their own mothers due to a variety of reasons.

"Providing the low birth-weight premature babies, infants whose mothers are unable to provide sufficient milk and babies separated from mothers due to many reasons with the
pasteurized breast milk from the bank will reduce the risk of infections and boost their immunity," said Dr Paul P G of Rotary Cochin Global.

Though the concept had come to India 32 years back, Kerala did not have a milk bank till now.

This is where Rotary took the lead to bring the project to the state with two such breast milk banks - one at Ernakulam and the other at Jubilee Medical Mission Hospital at Thrissur.

All safety protocols and procedures for collecting, preserving and providing it to needy children will be ensured as per government guidelines.

The collected milk can be stored up to 6 months safely in the bank if needed before it is given to an infant.

In the beginning, the milk will be provided free of cost to only the babies admitted in the neonatal intensive care unit of the hospital.

Later on, a network of hospitals for multiple collections and safe distribution points will be planned.

The donors will be the mothers from the hospital who have delivered babies there and will have all their health statistics available at the hospital.

"The mothers with excess milk will be encouraged to participate in the noble cause to save the life of other newborn babies," he said.

The human milk bank, which consists of a pasteurization unit, refrigerators, deep freezers, RO plant, sterilizing equipment and computers, was set up at a cost of Rs 35 lakh.

A Memorandum of Understanding (MoU) was signed between the state health department and Rotary Club of Cochin Global last year for setting up the bank.

However, the project got delayed following the outbreak of COVID-19.

The Indian Medical Association(IMA) together with the Indian Association of Pediatricians (IAP) has provided a trained nursing staff for operating the milk bank at the General Hospital.