Amit Shah defended the Citizenship Amendment Bill, saying it was not against minorities but against infiltrators. 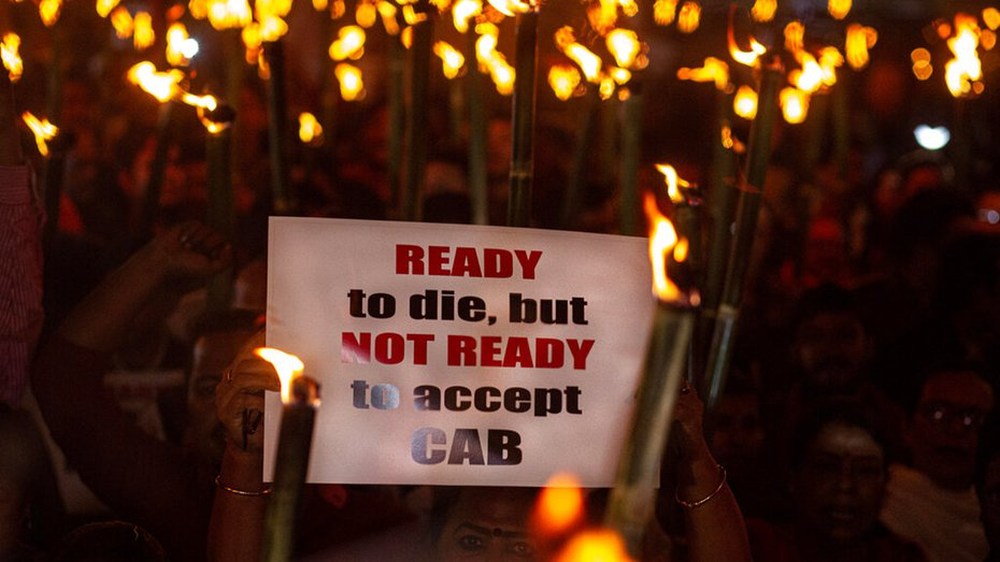 The Lok Sabha passed the Citizenship (Amendment) Bill, which seeks to provide Indian citizenship to non-Muslim refugees coming from Pakistan, Bangladesh and Afghanistan after facing religious persecution there, a little past midnight on Monday after a heated debate that lasted over seven hours.

The Bill, which was passed in the Lok Sabha with 311 members favouring it and 80 voting against it, will now be tabled in the Rajya Sabha for its nod.

Several amendments brought by opposition members, including one by a Shiv Sena MP, were defeated either by voice vote or division.

Watch: Citizenship Amendment Bill Introduced In Lok Sabha: All You Need To Know

According to the proposed legislation, members of Hindu, Sikh, Buddhist, Jain, Parsi and Christian communities, who have come from Pakistan, Bangladesh and Afghanistan, till December 31, 2014 facing religious persecution there, will not be treated as illegal immigrants but given Indian citizenship.

Trying to allay apprehensions of people of the Northeast, Shah said the Narendra Modi Government is committed to protect the customs and culture of people of the region and informed that Manipur will be brought under Inner Line Permit regime, where the proposed law will not be applicable.

The bill, which has been opposed by the Congress, Trinamool Congress and other opposition parties, was introduced after a division of votes for which 293 MPs voted in favour and 82 against it.

"Citizenship amendment bill has the endorsement of 130 crore citizens of the country as it was the part of the BJP manifesto in 2014 as well as 2019 Lok Sabha elections," Shah said, initiating the debate on the contentious bill.

"We will have to differentiate between intruders and refugees. Citizenship amendment bill does not discriminate against anyone and does not snatch anyone's rights," he said.

The home minister said under the proposed legislation, citizenship will be granted to refugees coming from the three countries after facing religious persecution there even without documents, including ration cards.

"This bill is not even .001 per cent against Muslims. It is against infiltrators," he said earlier while introducing the bill.

According to the Citizenship (Amendment) Bill, 2019, members of Hindu, Sikh, Buddhist, Jain, Parsi and Christian communities, who have come from Pakistan, Bangladesh and Afghanistan, till December 31 2014, facing religious persecution there, will not be treated as illegal immigrants but given Indian citizenship.

Shah said as per the bill, it will not be applicable to the tribal areas of Assam, Meghalaya, Mizoram or Tripura as included in the Sixth Schedule to the Constitution and in the areas covered under The Inner Line, notified under the Bengal Eastern Frontier Regulation, 1873. Currently, the ILP regime is applicable in Arunachal Pradesh, Nagaland and Mizoram.

The bill says such refugees will be given Indian citizenship after residing in India for five years (six years in CAB 2016), instead of 11 years earlier.

The bill also proposes to give immunity to such refugees facing legal cases after being found as illegal migrants.

The House saw heated debates for and against the passage of the Bill with AIMIM chief, Assadudin Owaisi, first equating the Bill with Nuremberg Race Law and then, later in the evening, tearing apart the Bill.

Other opposition leaders like Adhir Ranjan Chowdhury, Saugata Roy, N K Premchandran, Gaurav Gogoi and Shashi Tharoor opposed the introduction of the bill, saying it was violative of various provisions of the Constitution, including move to grant citizenship on the basis of religion.

Opposing the bill, Congress MP Manish Tewari said the bill is "unconstitutional" and "contrary to the spirit of the Constitution which is secular".

"Equals cannot be treated as unequal. When a person comes to India, he is a refugee. You cannot discriminate against him on the basis of religion," he said during the debate.

While NDA allies the JD(U) and the LJP extended support to the bill, fence-sitters, including the BJD and the YSRCP also supported the bill while suggesting that Muslims should also be included in the Bill.

Meanwhile, West Bengal Chief Minister Mamata Banerjee said the NRC and the CAB will never be allowed in Bengal as long as the TMC is in power.

The BJP-led NDA government had introduced the bill in its previous tenure and got Lok Sabha's approval. But it did not introduce it in Rajya Sabha, apparently due to vehement protests in the Northeast.

That bill lapsed following the dissolution of the last Lok Sabha.

Meanwhile, forbidding clouds of anger and apprehension gathered over northeastern states on Monday, a day ahead of the shutdown called by NESO, an umbrella organisation of students in the restive region, despite Home Minister Amit Shah's efforts to allay their fears.

Assam and Tripura, two of the eight states that comprise the region which share the international boundaries with China, Bangladesh, Myanmar and Bhutan, smouldered with protests breaking out despite Shah's claim that the Bill is not against Muslims but infiltrators.

The 48-hour Assam bandh called by the All Moran Students' Union (AMSU) to protest against the Citizenship (Amendment) Bill and seek Scheduled Tribe status for six communities affected normal life in several parts of the state.

Police wielded batons in Dibrugarh and Guwahati to break up protests and some state-run long-distance buses plied under police protection.