The suburban train services on both Central Railway and Western Railway in Mumbai were suspended due to waterlogging in the tracks. 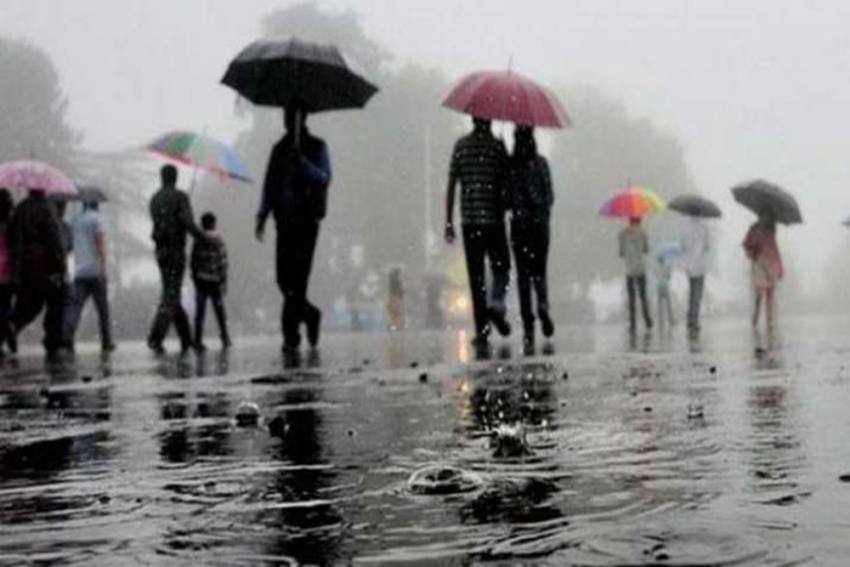 At least 25 persons were killed  following incessant overnight rains and landslide in Mumbai and surrounding areas.

The Western Railway and Central Railway briefly suspended suburban train services in Mumbai after the heavy rains, and many long distance trains were terminated or regulated at various stations, officials said.

Seventeen people died as a compound wall came crashing down on some houses located on a hillock after a landslide, a fire official said.

The retaining wall of the Bharatnagar locality in Mumbai's Mahul area collapsed at 1 am, the official said. Seven people were injured and taken to nearby Rajawadi hospital, he added.

Seven hutment dwellers died as six shanties collapsed after a landslide following incessant overnight rains in Mumbai's Vikhroli suburb at 2.30 am, a civic official said. Two persons were injured and were sent to a nearby hospital, he added.

A viral video showed a two-wheeler being dragged in water in an inundated street in Chinchpokli area.

The suburban train services were suspended due to water logging on the tracks due to the overnight heavy downpour, railway officials said, adding the services were resumed in the morning.

Before the pandemic, both the Central Railway and Western Railway used to ferry over 75 lakh commuters a day in over 3000 suburban train services which are now allowed only for emergency services staff and government employees.

The India Meteorological Department (IMD) has issued a red alert for Mumbai in the backdrop of heavy rains, a BMC official said.

A sudden change in climatic conditions led to Mumbai witnessing over 100 mm rainfall in six hours, the IMD said in an early morning bulletin. It also changed the rains forecast for the city from orange to red alert.

The IMD said that till 6.30 am on Sunday, Mumbai and adjoining areas received over 120 mm rainfall in preceding 12 hours.

Mumbai would receive “heavy to very heavy” rainfall at a few places with extremely heavy rainfall at isolated places, the IMD said.

Extremely heavy rainfall means precipitation of more than 204.5 mm in 24 hours, while heavy rainfall ranges between 115.6 mm to 204.4 mm rainfall, as per the IMD.