A body was found near waterlogged Minto Bridge and was retrieved by a trackman working at New Delhi yard. 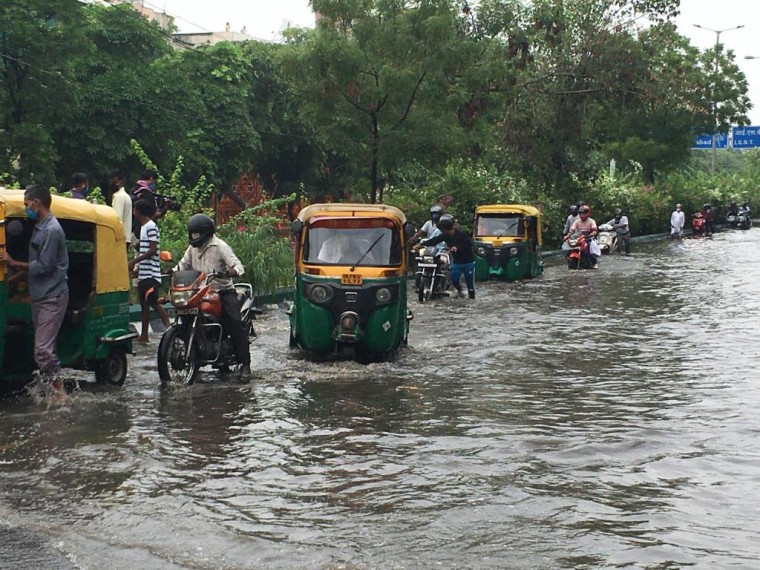 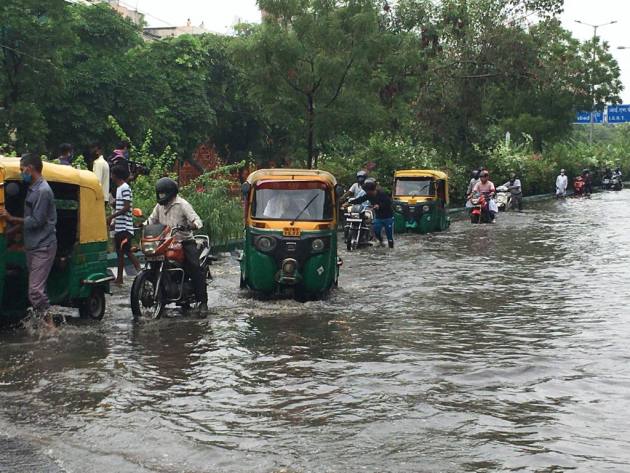 The national capital received its first spell of heavy rains on Sunday morning causing waterlogging in low-lying areas and leading to the death of one person.

A 56-year-old man, identified as Kundan Kumar, was a resident of Pithoragarh, Uttarakhand. He was driving a mini truck from the New Delhi Railway Station to Connaught Place when he got stuck in the waterlogged area, police said.

While he was trying to manoeuvre his vehicle through the waterlogged underpass, Kumar got stuck and allegedly died due to drowning, said a senior police officer.

He used to drive the vehicle, owned by his cousin Pritam, to transport goods, police said

The driver and the conductor of a bus that got stuck at the Minto Bridge underpass due to waterlogging were rescued by fire department personnel, officials said.

#WATCH Delhi: Fire Department personnel rescue people on-board a bus that was stuck in a waterlogged road under Minto Bridge following heavy rainfall in the national capital this morning. pic.twitter.com/wBCjSRtvqw

The heavy rains also brought traffic to a standstill at key stretches in the city.

According to the Delhi Traffic Police, jams were reported from Azadpur to Mukarba Chowk, Yashwant Place to Ashoka Road, at Ring Road, Bhairon Road, and near Mundka metro station due to heavy waterlogging.

The India Meteorological Department (IMD) said the Safdarjung Observatory, which provides representative figures for the city, recorded 74.8 mm rainfall till 8:30 am.

Residents shared on social media videos and pictures of rainwater gushing into their houses and vehicles navigating waterlogged roads.

The Youth Congress also shared a video of their inundated Raisina Road office.

The rains also led to power outages in some areas.

Earlier, the IMD had predicted isolated heavy to very heavy rainfall over parts of northwest India. It had said the "entire monsoon trough is most likely to shift northwards, closer to the foothills of the Himalayas during July 19-20".

Despite the early arrival of monsoon in Delhi, the rains had remained subdued so far.

Till Saturday, the Safdarjung Observatory had recorded 47.9 mm rainfall in July -- 56 per cent less than the normal of 109.4 mm.

Monsoon reached Delhi on June 25, two days earlier than its usual date. The IMD has predicted normal rainfall in the national capital during the season.