Samyukta Kisan Morcha (SKM) on Sunday claimed that over 100 people were missing and at least one has died since Republic Day. 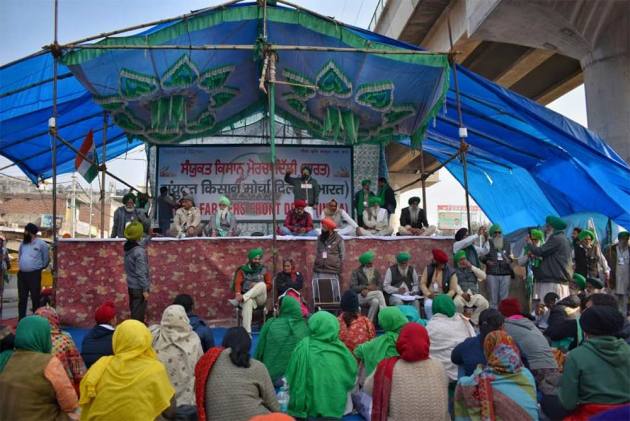 The Samyukta Kisan Morcha (SKM) claimed that a protestor from Maharashtra, who took part in the agitation in Shahjahanpur, died on Sunday.

"Shayra Pawara was just 21 years old and her sacrifice will be remembered," the SKM said in a statement.

Claiming that over 100 people were missing since the violence that took place during Republic Day’s tractor rally, the Samyukta Kisan Morcha (SKM) on Sunday announced the formation of a six-member committee that will look into the matter.

The Soul Of Small And Marginal Farmers: Get Us Remunerative Prices Only!

According to a statement, the Samyukta Kisan Morcha (SKM) will collect data on such missing persons and the matter will be taken up with the authorities for formal action. Any information on missing persons can be shared on phone number 8198022033, it added.

The tractor parade on January 26 that was to highlight the demands of the farmer unions to repeal the three new agriculture laws turned violent as tens of thousands of protesters broke through barriers, overturned vehicles and hoisted a religious flag from the ramparts of the iconic Red Fort.

Clashes broke out in multiple places, leading to violence in well-known landmarks of Delhi and its suburbs, amid waves of violence that ebbed and flowed through the Republic Day.

The SKM condemned the arrest of journalists and others based on "false and fabricated" charges. It claimed that the government was afraid of the rising strength of the farmers' movement.

"The government does not want the facts to reach the protesting farmers... It is fearful of the coordinated work of the farmers' unions across different protest sites and is trying to cut off communication between them. This is undemocratic and illegal," the statement read.

The SKM also questioned the cordoning off of the protest sites "from a long distance disallowing common people and media persons from reaching the Singhu border".

"This is also to disrupt the supply of food and water," it alleged.

Sunday was declared as Sadbhavana Diwas and was observed across the country, the morcha said, adding faculty members and scholars of Punjab Agriculture University also observed one-day fast in support of the farmers.