Virologists say that the second covid surge was expected as the third serosurvey conducted by ICMR showed that only 21.4 percent of adults had been exposed to the virus. 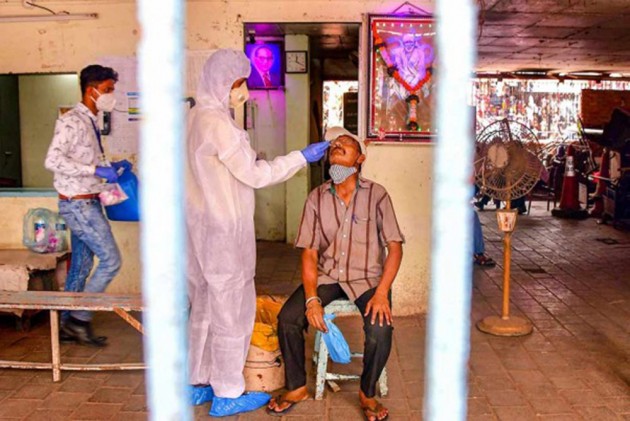 While the number of daily covid-19 infections in the country had seen a significant dip during January to mid-February, the virus has made a comeback. The daily case tally, which had dipped below the 10,000-mark last month, has now seen a 400 percent surge. India on Tuesday, reported 47,262 fresh covid-19 infections, taking the active caseload to 3,68,457.

But, in October, the number of cases started declining and by mid-February it almost felt like the pandemic was behind us. However, since then, the country’s covid-19 situation dramatically changed with many states reporting a sudden surge in cases. Fortunately, the spike is quite nominal in several states except Maharashtra, which has contributed to over 60 percent of India’s daily case tally.

Covid Vaccine Should Not Get Nod When Phase III Trial Is Still On: Virologist

People Are To Blame For Rise In Delhi Infections: Doctor

40 Per Cent Of Kids Will Not Take Covid-19 Vaccine: Hospital Survey

Virologists say that the second surge was expected as the third serosurvey conducted by the Indian Council of Medical Research (ICMR) between December 17, 2020, and January 8, 2021, showed that only 21.4 percent of adults had been exposed to the virus. According to the results of the survey, a huge chunk of the population is still vulnerable to the virus.

Prof Vasanthapuram Ravi, a noted virologist, who is on the advisory board of the Sputnik V vaccine, had hinted at the possibility of another wave way back in February.

“History from the Western countries tells that the second wave was imminent. Usually, it takes 3 to 4 months for the second wave to set in,” Prof Ravi, who retired as a senior professor and the Head of the Department of Neurovirology, NIMHANS, said. He is of the view that since India had completed two months of low prevalence in February, a surge was inevitable.

“Most of the studies say that 100 percent of the population is not exposed to the virus. So, we should expect the second wave and behave responsibly,” he said.

Prof Ravi is not as much concerned about the mutation of the virus as about behavioural changes and complacency among people. He believes a callous attitude can trigger a further increase in cases.

ICMR has also confirmed that mutations of the virus is not responsible for the new surge.

However, Virus Scientist Prof Ramaswamy Pitchappan - now a visiting professor at the School of Biological Sciences, Madurai Kamaraj University - is concerned about new variants which countries like the UK and South Africa have reported of late. “We should strengthen our surveillance mechanism now and sequence the virus to find out if there is a new variant that emerged in some quarters,” Prof Pitchappan said.

He added, “The reservoir might be somewhere. Though India seems to be immunologically strong yet aging population and people with comorbidity condition are at risk.”
Dr. Kalyan Banerjee, former Director, National Institute of Virology, Pune agrees with Prof Pitchappan on the need for strengthening the surveillance mechanism to keep a watch on future mutations. He says that India is very lucky that the virus hasn’t mutated here, however, the possibility cannot be ruled out.

“If the infection breaks out in any cluster in any part of the country, we need to keep a watch on such incidents and sequence the virus in the DNA labs,” Dr. Banerjee suggests. He further says that all viruses tend to mutate to evade the immune system. The mutation takes place due to immune pressure.

A section of virologists also believe that the decline in the number of reported cases might not be a ground reality. They say that though hospitals and healthcare centres were not flooded with patients in the month of February, there’s no way of confirming if the actual number of infections saw a dip during that time period.

They apprehend that the virus might have lost its virulence due to which it is causing mild infections and the infected populations don’t feel the need to get admitted to hospitals. Most of them might be asymptomatic.

The drop in its virulence is also a mutation in which a virus loses the degree of pathogenicity for its own survival during the process of evolution.

“The relationship between a pathogen (virus) and a host (a human) changes with time,” Dr. Syamal Roy, a noted virologist said. Roy, who retired as Head of the Department of Infectious Diseases and Immunology, Indian Institute of Chemical Biology, Kolkata, explains that the pathogen doesn’t want to kill the host because if it does so, it will also be eliminated.

“So, it is in the interest of the pathogen to let the host remain alive. It is a kind of equilibrium that the two arrive at. If you look at all the epidemics in the past, you will find a similar pattern in which the virus loses its virulence,” Dr. Roy said.

He also said that this way the virus will continue to survive for a long time and cause fatality to mainly those whose immune system is not strong such as old people or those with comorbidities.

However, Dr. Roy added that the fortunate fact is that whatever mutation has happened in the virus in the UK and South Africa, it hasn’t done much to escape our immune system. “As of now, there is no drug available for treatment, and vaccine efficacy is yet to be established. In such a situation, taking due precaution is the only solution,” he said.