'Hero Not Just To India But...': As Trump Ignores Gandhi, Here Is Obama's 2010 Tribute To Mahatma

Immediately after arriving in India, US President Donald Trump and his wife Melania visited Sabarmati Ashram in Ahmedabad to pay tribute to Mahatma Gandhi. 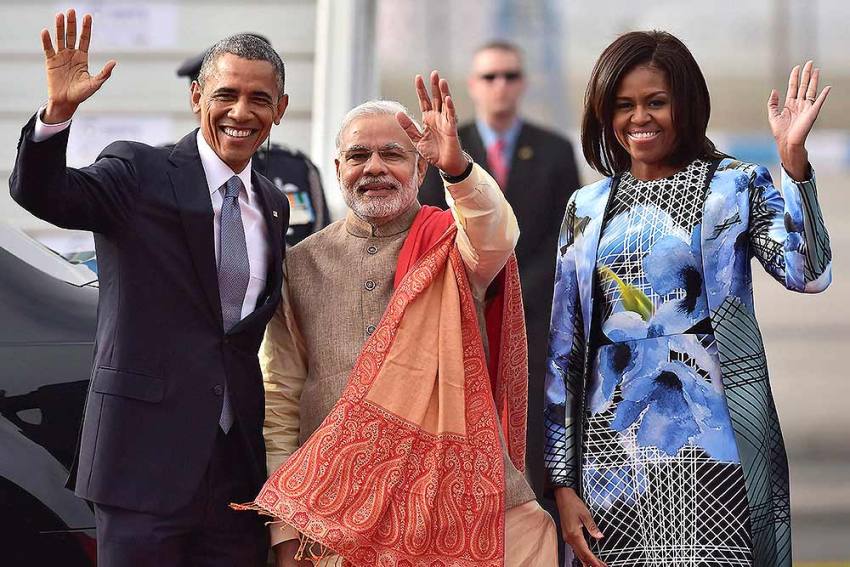 In this file photo, Prime Minister Narendra Modi and the 44th US President Barack Obama accompanied by First Lady Michelle Obama wave at media personnel upon their arrival at Palam Airport in New Delhi.
PTI Photo
Outlook Web Bureau 2020-02-24T14:02:42+05:30 'Hero Not Just To India But...': As Trump Ignores Gandhi, Here Is Obama's 2010 Tribute To Mahatma 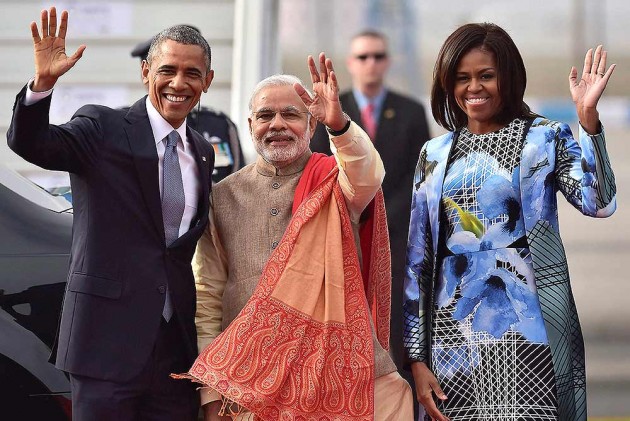 After much anticipation, US President Donald Trump arrived in Ahmedabad on Monday for the first leg of his India visit. Trump and his wife Melania visited the Sabarmati Ashram to pay tribute to Mahatma Gandhi immediately after arriving in India.

After trying his hands on the spinning wheel, also known as charkha, Trump wrote a message in the visitors' book of the ashram.

"To my great friend Prime Minister Modi - Thank you for this wonderful visit," wrote Trump and signed the message. In his message, Trump made no mention of Mahatma Gandhi, leaving many people surprised.

Unlike Trump, former US President Barack Obama, on his visit to India in 2010, hailed Gandhi as "a hero not just to India but to the world".

After visiting Mani Bhavan, the house of Mahatma Gandhi located in South Mumbai, Obama also wrote a message in the visitors' book.

"I am filled with hope and inspiration as I have the privilege to view this testament to Gandhi's life. He is a hero not just to India but to the world," Obama wrote.

Obama, who is a self-confessed follower of Gandhi, hailed him at another occasion in 2015. Visiting Rajghat, Obama said, "What Martin Luther King Jr. said then remains true today. The spirit of Gandhi is very well alive in India today. And it remains a great gift to the world. May we always live in this spirit of love and peace -- among all people".