Many police personnel are deployed on the ground 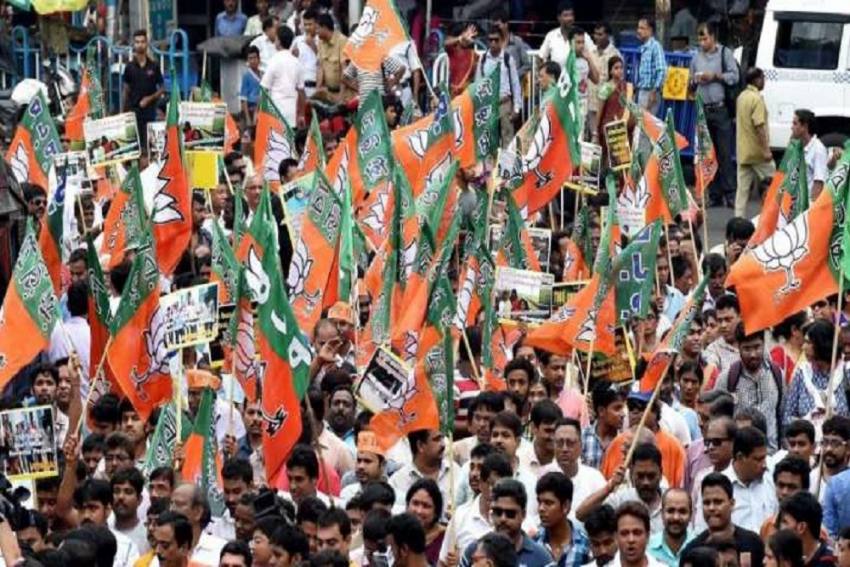 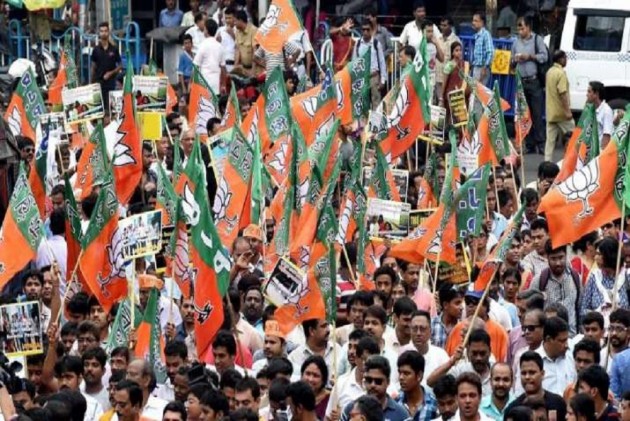 A BJP roadshow in South Kolkata turned violent on Monday with stones and bricks reportedly pelted at BJP workers at the venue near Rashbehari Avenue and Charu Market area amid huge police presence on the spot.

Unidentified miscreants, carrying TMC flags, hurled bricks and stones at BJP activists when they were conducting a mega roadshow near Rashbehari Avenue and Charu Market area.

The roadshow, which commenced at Tollygunge tram depot, was set to culminate at Rashbehari Avenue -- often referred to as the backyard of Chief Minister Mamata Banerjee.

According to police sources, as the rally, led by state BJP chief Dilip Ghosh and senior leader Suvendu Adhikari, proceeded toward Charu Market, miscreants threw bricks and stones at the entourage, injuring some of the saffron party activists.

Infuriated over the attack, BJP workers chased the miscreants, who by then had fled to nearby bylanes, the officer said.

The saffron camp activists then ransacked a few motorcycles and shops in the area. A huge police contingent was rushed to the spot to control the incensed activists.

State minister Aroop Biswas has also reached the troubled area to take stock of the situation.