Addressing the media, Himachal Pradesh CM Jairam Thakur called speculation of a change in leadership in the state completely baseless. The statement came after he visited Delhi on Tuesday, the second time in a month, to meet President Ram Nath Kovind and senior party leaders. 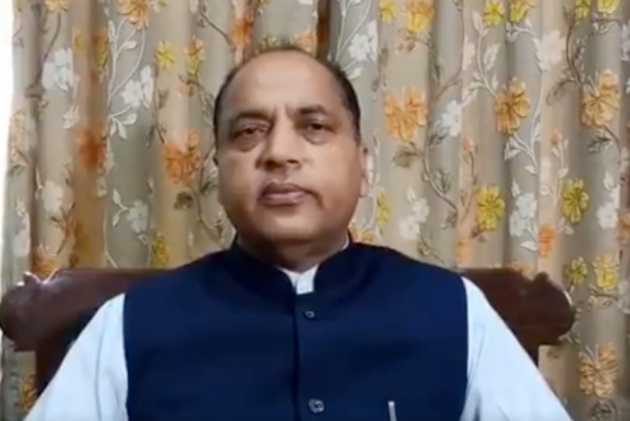 Leadership change in Gujarat, and earlier in Uttarakhand and Karnataka, seem to put the spotlight on Himachal Pradesh Chief Minister Jai Ram Thakur, especially after the opposition Congress alluded to possible changes in Himachal Pradesh amid intense social media trolling.

The fact that fuelled such speculations was the CM's Tuesday visit to Delhi to meet President of India Ram Nath Kovind and top party leaders including BJP national president J P Nadda and finance minister Nirmala Sitharaman. This was his second trip to the capital in a month. Thakur had returned to Shimla only three days back after camping in the capital.

President Kovind is reaching Shimla on September 16 to address the Golden Jubilee function of the state assembly on completion of 50 years of Himachal Pradesh. Thakur had extended a formal invitation to the President.

Despite all preparations and security drills underway in Shimla, Thakur flew to Delhi this morning, thus becoming a target of trolls. Many speculated over the BJP planning Gujarat-like changes in the state, which also goes to the polls in 2022 along with Gujarat.

An adamant Thakur, however, took to social media to dispel talks of any such possibilities.

"The reports about leadership changes in Himachal Pradesh are not only baseless but politically motivated, highly mischievous and bogus. I am in Delhi to attend some official meetings, which were pre-fixed. This was a preplanned tour. Nobody should try to give it a political twist," he said in Delhi.

Thakur also added that he will be back in Shimla on Wednesday morning to extend a warm welcome to President Ram Nath Kovind and be with him during the ceremonies.

Leader of opposition Mukesh Agnihotri, however, said that the Chief Minister had to rush to Delhi to save his chair. "I had seen reports in the social media about six Chief Ministers of the BJP ruled states being changed, one after the other," he said.

Earlier in the day, Vikramaditya Singh, MLA and son of former late Chief Minister Virbhadra Singh, said, “The Chief Minister should look after himself as the BJP is on a spree to replace incumbent CMs overnight".

Reacting to his remarks Thakur said Singh should "have some patience".

Vikramaditya Singh will not be asked for any advice on matters of my party. He should worry about Congress' future only, not about the future of BJP," Thakur said. Taking a further jibe at Singh, Thakur said that Singh seemed to be in a hurry, despite his family going through a period of mourning following the recent death of his father.

The party insiders say the Chief Minister so far has not faced any kind of open discontent in the cadres as had happened in Gujarat and Uttarakhand, which warranted the changes ahead of the poll.

Yet some feel the changes in the state were also linked to the recent "Jan Ashirwad" yatra led by the Minister for Information and Broadcasting Anurag Thakur, who had received a massive response in all the four parliamentary constituencies with people lining for him till the wee hours of the morning.

The upcoming by-poll in the state for Mandi Parliamentary seat and three assembly constituencies including Arki which fell vacant after the demise of six-time former CM Virbhadra Singh will be a crucial test for Jai Ram Thakur .