The toll of migratory birds at Pong Dam lake --a famous international wetland --- is now over 3,400. 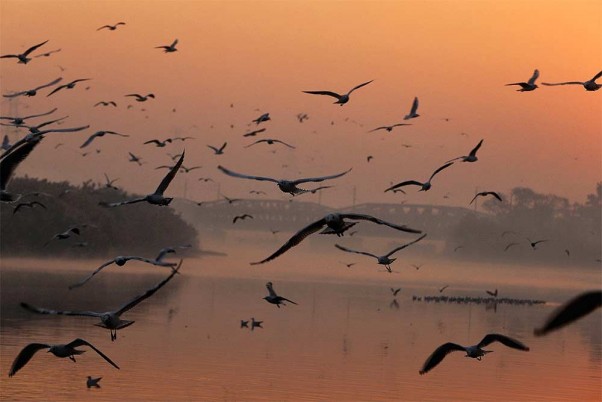 Taking a serious view of the outbreak of bird flu among migratory birds in the state, Chief Minister Jai Ram Thakur is flying to Dharamshala on Friday to take stock of the situation and steps taken to contain the fast-spreading infection.

The Centre has also sent an alert to Himachal Pradesh apart from the states like Kerala, Madhya Pradesh and Rajasthan currently struggling with the high incidence of bird flu.

The toll of migratory birds at Pong Dam lake --a famous international wetland --- is now over 3,400.

How Did 400 Winged Guests Die At Pong Dam In Himachal? Probe On

Though there have no reports of poultry deaths in any of the sub-divisions in Kangra yet, samples of these birds have been sent for tests.

“If any trace of the virus is found among the poultry birds, the state will not take any risk of further spread of the H5N1 infection,” he told the officials during a high-level meeting.

Confirming the chief minister’s visit, Prajapati said, “Hon’ble CM has found it appropriate to have face-to-face interaction with the teams working in the area. Officials of the veterinary department, forest (wildlife), fisheries, health, police and other local wings of the government have been invited for an elaborate discussion.”

Prajapati said, “Things are under control especially after imposition of the ban in the 10km radius of the Pong Dam where tourists, locals and even animals are not allowed to enter. But it’s not possible to stop the migratory birds flying over these areas and so are local birds like crows.”

“We are waiting for the reports on 191 samples sent to Jalandhar,” he added.

The teams of the animal husbandry department sent to the area are trying to contain the virus from spreading to domesticated birds, or further to humans, and have been randomly testing poultry samples from areas around the Pong lake.

Reports about 500 chicken carcasses dumped by the side of the Chandigarh-Shimla highway at Chakki Mor in Solan have also added to the panic. The test reports of the poultry samples were awaited.

A team of experts from Wildlife Institute of India, Dehradun, is on a visit to the Pong wetland, to assess the situation and give suggestions for control and containment of the outbreak, the PCCF (wildlife) Archana Sharma said.

Ten rapid response teams were working on nine beats of the sanctuary area for the collection and safe disposal of dead birds as per the protocol, while a total of 55 people have been deployed for   the daily surveillance operations, she said.