The officials have said that 15 persons are still feared buried under the debris. 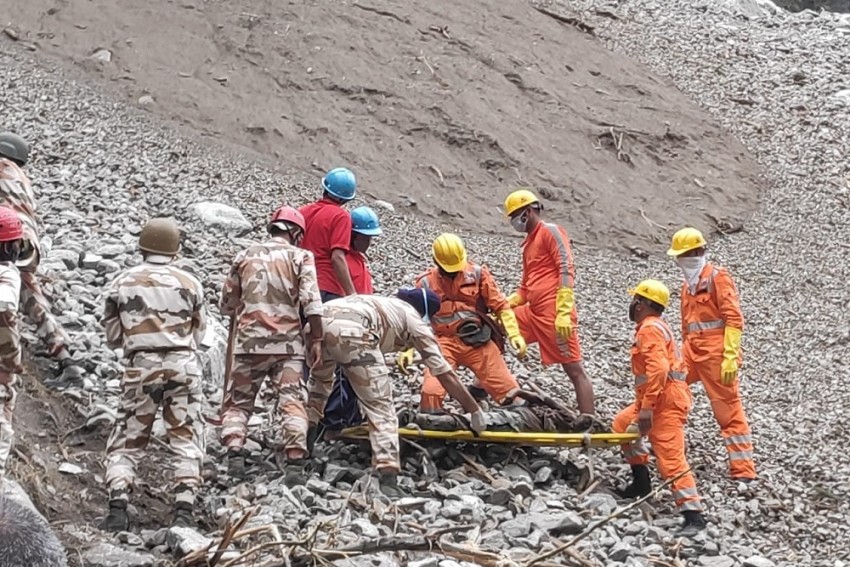 Three more bodies were recovered from the site of the landslide in Himachal Pradesh's Kinnaur, taking the death toll to 17, while two people were injured on Friday after stones falling down a mountainside hit their bus near the area, a senior official said.

According to updates from Kinnaur DC, Abid Hussain Sadiq, the rescue operation resumed at 5:30 am. Two dead bodies were recovered at 6:30 am. The rescue operation was halted for some time due to shooting stones falling form uphill at 6:50 am. The officials have said that 15 persons are still feared buried under the debris.

The landslide had occurred around Wednesday noon near Chaura village on National Highway 5 in the Nigulsari area of Nichar tehsil under Kinnaur district of Himachal Pradesh.

It occurred at a place where people usually stop their vehicles to look at the scenic view and take photographs, state Urban Development Minister Suresh Bhardwaj said.

"I was told that all steps are being taken to bring the affected people to safety. My heartfelt condolences to the bereaved families and I wish speedy recovery of the injured," Kovind tweeted.

"I spoke with Himachal Pradesh Governor, Shri Rajendra Arlekar & Chief Minister Shri Jai Ram Thakur to know about the tragedy at Kinnaur. I expressed my concern about people’s safety," the President tweeted.