Suresh Bhardwaj went on to say that it's because of Modi that India has the lowest mortality rate in the world. 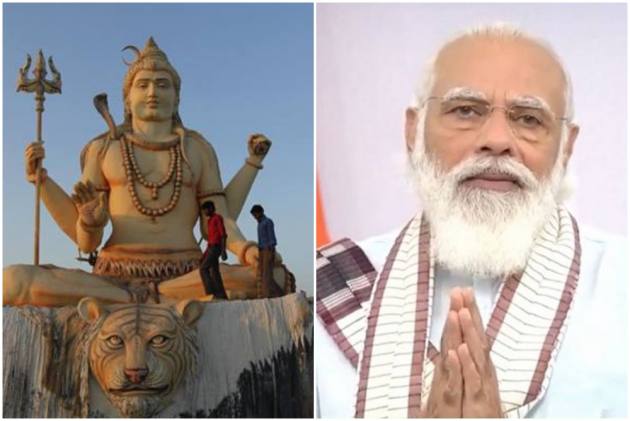 On the occasion of Maha Shivratri, Himachal Pradesh minister Suresh Bhardwaj, could not stop himself from comparing Prime Minister Narendra Modi with Lord Shiva.

Bhardwaj, who is the minister for Housing and Urban Development in the Jai Ram Thakur’s cabinet said, “Prime Minister Modi has blessings of Lord Shiva. Rather, he is an incarnation of Lord Shiva. It’s only because of this, he has saved the country from the global pandemic of coronavirus.”

Bhardwaj said that before the 2019 Lok Sabha results, Modi had gone to the Kedarnath temple where he spent two days in the cave. Thus, he enjoys the full blessings of Lord Shiva and it’s Lord Shiva who has empowered and blessed him to achieve success in the fight against coronavirus.

The four-time Shimla MLA and former Rajya Sabha member said that among all the countries that have launched vaccines, India has taken a lead by manufacturing two vaccines.

He said India is the only country that has launched such a huge vaccination drive. Most of the nations are replicating India and are asking for the Indian vaccine.

According to Bhardwaj, Modi’s image has improved drastically after the launch of the vaccination drive and he has successfully dealt with Covid-19. Today, Modi has achieved the stature of a world leader.

“He is, in our views, the incarnation of Lord Shiva”, said Bhardwaj.

Bhardwaj went on to say that it's also because of Modi that India has the lowest mortality rate in the world. Our country has dealt with coronavirus spread very effectively.

Bhardwaj was visiting the famous Ram Mandir temple in the heart of Shimla town to attend a "Shiv-vivah" function on the occasion of Maha Shivratri where he met media representatives and expressed his views on Modi and the festival.