The 8.8 kilometre-long Atal Rohtang Tunnel connecting Manali to Keylong is nearing completion and it is expected to be inaugurated by Prime Minister Narendra Modi next month. 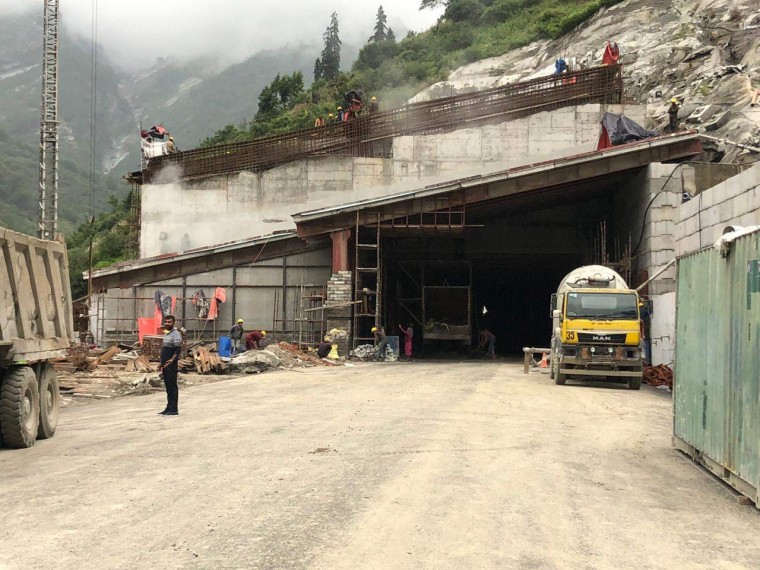 In a bid to provide a highly-advanced level of security for the upcoming Atal Rohtang Tunnel, Himachal Pradesh police have begun an exercise to study security and anti-terror components of Jawahar Tunnel in Jammu & Kashmir along with replication of the London tube policy model.

The 8.8 kilometre-long Atal Rohtang Tunnel connecting Manali to Keylong is nearing completion and it is expected to be inaugurated by Prime Minister Narendra Modi next month.

“Once the Tunnel is commissioned, the Manali-Leh axis will become the strategic route for supplies and logistics to the Indian Defence Forces deployed in Ladakh. The commissioning of the tunnel will also open up hitherto unexplored areas of Lahaul and Spiti to tourism. As a result, the state expects a huge rush of tourists. Thus, Himachal Pradesh Police need to prepare for providing round the clock security and traffic management at the Tunnel,” says Director-General of Police, Sanjay Kundu .

Kundu constituted a Board of Officer (BOO) headed by Daljit Thakur, Inspector General of Police CID (Security) to undertake a comprehensive exercise to draw up a plan , which takes care of all aspects of security, anti-sabotage operations, surveillance, manpower deployments and preventive policing, besides regulating traffic at the tunnel and its approaches including two key bridges connecting north and south portals.

Thakur will have four other officers in the BOO including Deputy Inspector General of Police (central) Madhusudan, SPs of Kullu and Lahaul-Spiti, and representatives of the Intelligence Bureau.

The BOO has been asked to work on six specific points, including assessment of the security threat to the tunnel, traffic density –civilian, tourists and military, manpower requirement, setting up of new police stations on either side of the tunnel and installation of security gadgets for surveillance, anti-sabotage operations, and counter-espionage operations, if required.

“Approaches, key bridges and other strategic installations along the Manali to Sarchu axis, up to the Leh ( Himachal borders) should be studied. The BOO is advised to visit Jammu & Kashmir and see the existing arrangements made by the J&K Police for two key tunnels i.e. Jawahar Tunnel(Banihal)and Dr Shyama Prasad Mukherjee Tunnel(Chenani-Nashri).” the DGP ordered.

The team has been asked to submit a report by September 14 .

The details of the study plan, as per Kundu’s advisory, must cover the traffic feeder management system for 10 kms on either side of the tunnel with a fool-proof template. "The best practices followed in similar road tunnel projects of Swiss Alps, China, Japan, etc may be studied in-depth and replicated when it is compatible to our needs," he said.

On law and order, he said there is a requirement of new police stations on both North and South portals.

“We may replicate some time-tested practices of London Tube policing and Delhi Metro policing, where the CISF uses Tetra DRTS UHF sets for communications. Disaster Management and Sabotage Pretension is another important requirement. Similarly, the need has also risen to put in place contingencies like crash evacuation, fire contingencies including embedded fire fighting systems” Kundu explained.

Anti-terror component and stationing of the Special Service Unit(SSU), the elite commando unit of the HP Police and State CID elements will be at the tunnel. BOO may also propose a weapon bouquet to suit the operations in the tunnel environment.