A Punjabi singer also died after he fell into a nullah. 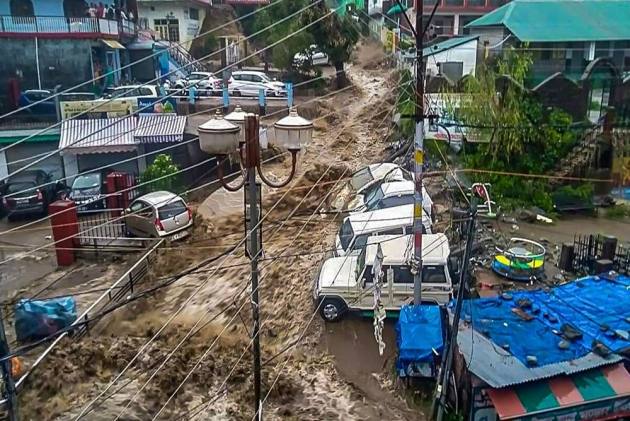 Following a landslide triggered by heavy rains, eight bodies have been recovered in Boh valley. Altogether 10 lives have been claimed in Kangra district, police informed. Kangra Deputy Commissioner Nipun Jindal Jindal said eight people have died and three others are reported missing after a landslide hit Boh valley on Monday.

A Punjabi singer also died after he fell into a nullah. Manmeet Singh, a resident of Amritsar, had gone to Kareri lake with his friends. His body was recovered from Salli by a police team on Tuesday night.

"Due to landslides and heavy rains in Kangra district, 141 people were stranded at different places and they have been successfully rescued. Ten people have died in this disaster in different parts of the district," he said.

The deputy commissioner said a search team is working to trace a 55-year-old person who was swept away in flash floods on Monday morning in Sameerpur, while the third search operation is underway in Laam Dal Lake, where around five people are reported missing.

The police said an 11-year-old girl died after she slipped into a drain.

During his visit to Boh valley on Tuesday, Chief Minister Jai Ram Thakur had said that the state government would provide new houses to those whose houses were destroyed in flash floods or landslides.

He said eight houses were completely destroyed in the flash floods and the landslide.