Officially the Manimahesh yatra was called off this time due to the Covid-19 restrictions and kept a low-key affair. But some groups of trekkers seem to have chosen to explore the mountain trek as part of their own mission. 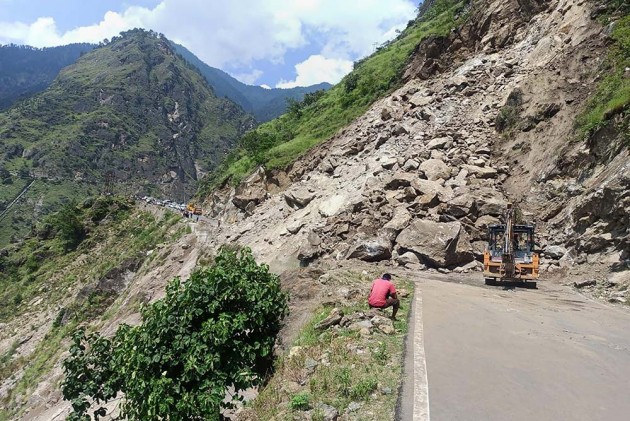 Four trekkers, including a woman named Himangi from Gujarat, have been found dead at Kamal Kund—a glacier in the foothills of Manimahesh lake in the Bharmour area of Chamba district, two days after they went missing.

The district administration at Chamba, however, has rescued a group of seven persons who were also going to Manimahesh yatra—a famous pilgrimage at a height of 13,500 feet .

Officially the Manimahesh yatra was called off this time due to the Covid-19 restrictions and kept a low-key affair. But some groups of trekkers seem to have chosen to explore the mountain trek as part of their own mission.

Deputy Commissioner Chamba DC Rana confirmed the recovery of the bodies of four trekkers, which were being brought down to Bharmour for post-mortem and other formalities.

When asked about the cause of death, Rana said that the "exact cause will be known only after post-mortem but prima facie, they died due to lack of oxygen. There was snowfall, heavy rainfall in the region on Sunday. It’s a glacier area and quite a tough trek, especially for those coming from other states. You never know how much they know about the conditions here.”

Reports said locals, who were returning from ‘parikrama’ of Manimahesh Kailash (13,500 feet) spotted their bodies on a glacier near Kamal Kund and alerted the authorities.

Besides Himangi, others who passed away included Vinod from Ludhiana and Aman Kumar, a native of Chamba. One body remains unidentified.

The pilgrimage of the glacier-fed Manimahesh Lake was scheduled to start on August 29, coinciding with Janmashtami, the festival celebrating the birth of Lord Krishna.

Manimahesh Lake is a high altitude lake located close to the Manimahesh Kailash Peak in the Pir Panjal Range of the Himalayas, in the Bharmour subdivision of Chamba district of Himachal Pradesh. The religious significance of this lake is that it is next to the Lake Mansarovar in Tibet and attracts a massive footfall. The Covid-19 crisis, however, cast a pall on the pilgrimage in 2022 and 2021.

Rana claims that the state government often has been issuing advisories to the trekkers to follow a dedicated trek, inform local administration before starting their adventure and also take authorised local guides registered with the government. But, the trekkers often don't take the advice seriously and meet fatalities.