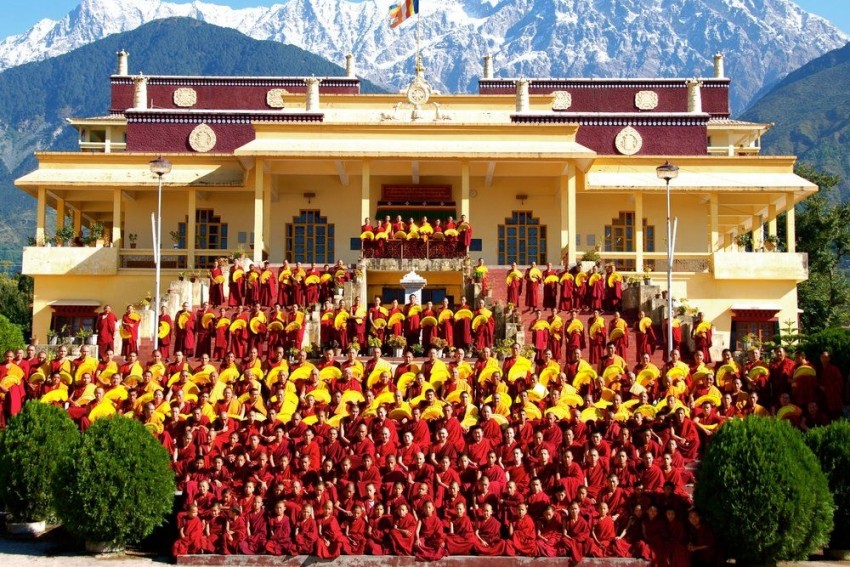 With Kangra, Himachal Pradesh’s biggest district, having become Covid 19 hotspot in the second wave of the coronavirus, Tibetan population here, especially the monasteries, are also increasingly becoming prey to the virus.

Forty-five young monks at Namgyal Monastery, one of the biggest Buddhist temples at McLeodganj, have been tested positive.

Deputy Commissioner, Kangra, Rakesh Prajapati confirmed that the medical teams, which have taken samples of the monks, tested a large number of monks positive.

“They have been kept under home isolation at the monastery only. Most of them are asymptomatic and don't require to be shifted to the Covid care hospital at Dharamshala” he said .

Initially only two persons were tested positive on May 20 but the medical teams decided to undertake sampling of all remaining 222 asymptomatic monks on May 24.

The reports on May 25 confirmed that 43 others were also positive.

“All of them have been isolated. Youngest a 7-year-old monk and eldest 57 year old lady (a helper) and a 42-year old cook were being kept at Delek Covid care centre (McLeodganj)  as their oxygen level was at 93%” said DC Kangra.

None of them has any travel history outside Himachal Pradesh .

Chief Medical Officer Kangra Gurdarshan Gupta informed that their condition was being monitored closely by a health department team, which is also in touch with the Central Tibetan Administration.

The 85 – year-old Tibetan Spiritual leader Dalai Lama, who has not stepped out of his Palace ever since the outbreak of the Covid-19 already has taken both doses of the vaccination. He remains well protected and guarded in view of his high level of security. He has shifted over to online spiritual teachings, both within and outside India.

His office maintains a close check on his health with no public contacts of any kind.

The Namgyal monastery also has a Tantrik college for young Tibetan monks who stay inside the complex and practice their learnings.

Some months back, 165 monks were also tested positive at Gyuto Tantric Monastery, one of the famous monasteries located near Dharamshala.

A Tibetan children village near Chauntra, near Baijnath, had also reported several Covid cases some months back.

Kangra Deputy Commissioner said though the positive rate in the district has come down from 40 % to 25.6 % this week, there have been high rate of deaths being reported, which is a cause of concern.

There are 6,832 active cases in the district.

“In fact, I can say there is no village in Kangra which is not affected by the Covid 19 or has been reporting deaths. The Tibetan population is also vulnerable to the infection as they have been a congested population. The monasteries are also places where the monks live in close contacts “ he says.