The Himachal Pradesh cabinet has approved a draft package for a Rs 1,813 crore World Bank-funded project to secure a 24x7 water supply in Shimla. 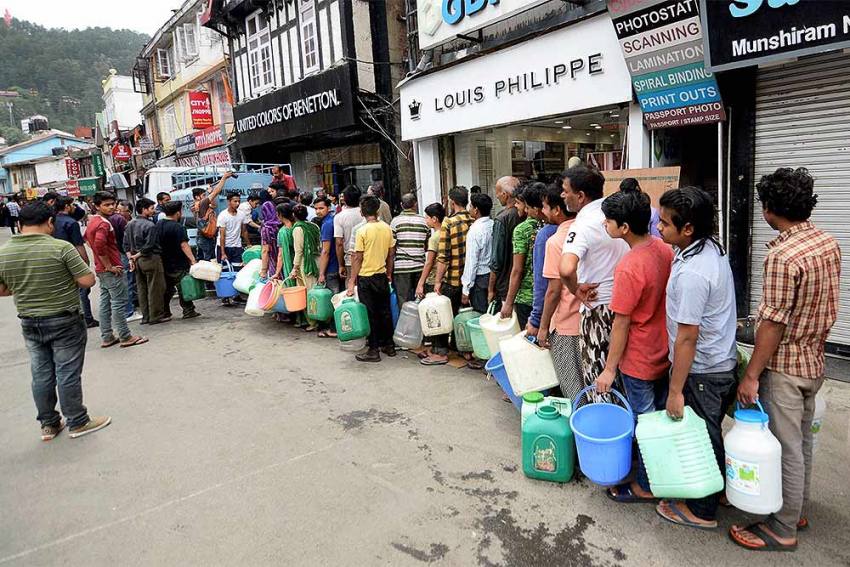 In a significant move to end Shimla’s water woes for at least the next half-a-century, the Himachal Pradesh cabinet has approved a draft package for a Rs 1,813 crore World Bank-funded project. The draft package is an approach paper for negotiation by the state’s urban development department. The project is aimed at securing 24 x7 water supply to Shimla and peripheral areas, now named as part of Greater Shimla.

The World Bank negotiators had earlier expressed the inability to put the project into action mode during the Covid period citing the non-availability of resources.

“This is a good breakthrough. Our teams have completed pre-negotiations with the World Bank. There are four basic components of the project which will take care of all critical areas of water supply improvement, creating a robust distribution system for maintaining 24 X7 supply of water and setting up sewerage lines in the newly merged areas of the greater Shimla," informed Rajneesh, Principal Secretary Urban Development.

The cabinet authorised the Principal Secretary (Urban Development) to finalize and sign the Negotiation Package with the World Bank.

The main components of the Shimla Water Supply and Sewerage Project include the augmentation of Shimla Water Supply from the river Satluj with additional 67 MLD water to meet the demand up to the year 2050 and ensure bulk water supply to Shimla Peri-Urban areas and Special Area Development Authorities (SADA) Kufri, Shoghi, Ghanahatti. The project also aims at accomplishing additional planning in areas up to the year 2050, 24x7 Water Supply to all domestic and commercial consumers within Shimla Municipal Corporation Area and improved Sewerage services within Shimla Municipal Corporation Area.

The project envisages lifting water from Satluj near village Shakrodi, involving lifting to a height of 1.6 km and pipe laying of 22 km to augment 67 MLD water at Sanjauli. The project also seeks to replace the distribution pipe network across the Municipal Corporation of Shimla to upgrade it to a 24x7 water supply system. Additionally, the sewerage network in areas of Mehli-Panthaghati, Totu and Mashobra will be provided.

This will be a flagship project for the State as it seeks to provide a best in class water supply and sewerage system in Shimla that will cater to the requirements of the town up to the year 2050, said Rajneesh.

Currently, Shimla is getting nearly 46 MLD of water from six to eight sources of which Gumma, a British era water supply system, remains a major landmark.

In 2018, Shimla saw the worst-ever water crisis when the availability of water from all sources dipped down to 17-18 MLD against a demand of 42 MLD. The state government, thereafter, had taken major steps to overcome the crisis, especially during the peak tourists seasons. The town, however, continues to often face scarcity of water because of growing tourists footfall, population growth and major leakages in the old and worn-out pipelines.

Some environmentalists also point to climate change as the reason for Shimla’s water woes.