Himachal Pradesh has administered the first dose of the Covid-19 vaccine to 53.77 lakh eligible persons above 18 years of age, becoming the first to achieve 100% vaccination target. 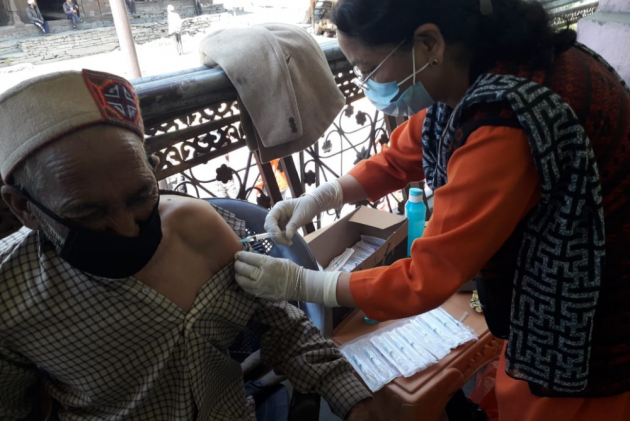 Defying the challenges of hilly terrain and hostile weather, around 12,000 health workers in Himachal Pradesh who have walked on foot through forests or even used 'jhulas' to reach remote locations, are rejoicing a rare yet significant achievement. Last week, the state became the first in the country to exceed its target of 100 per cent (first dose) vaccination. Himachal's vaccination drive covered a population of 54,66,292 as on August 29, three days before the deadline of August 31, 2021.

As per the census, the health department was given data of 53.77 lakh eligible persons above 18 years of age.

“We have exceeded the 100 per cent mark already, which is a rare success. The credit for this goes to countless health workers and people of the state” said Chief Minister Jai Ram Thakur as he responded to a congratulatory message of union health minister Mansukh Mandaviya.

In his tweet this morning, Mandaviya congratulated the medical fraternity and the Covid warriors of Himachal Pradesh for administering the first dose to 100 % of the adult population. "It is a momentous achievement for the people of the state," the minister said.

State health secretary Amitabh Awasthi said the state aims to complete the hundred per cent vaccination of both doses by November 30, 2021. To date, 17.30 lakh people have been vaccinated with the second dose.

While hostile terrain and inclement weather did cause problems, the state was at an advantage over others due to the ample supply of vaccines and lack of vaccine hesitancy among its population.

The people were highly motivated and it did not take much effort for the health workers to convince them.

"Our focus now will be on achieving a 100 per cent target for the second dose. The state machinery is fully geared up, health teams are fully trained. Above all,  the union health secretary has assured me that Himachal Pradesh will have no vaccine shortage", said Chief Secretary Ramsubhag Singh.

The government has started a district-wise mopping–up drive to take care of the remaining unvaccinated population if any including disabled persons who are unable to come to the vaccination centres.

In Kullu, for example, Malana - a landlocked ancient village where the people strictly follow their own rules and customs - was the only district where health authorities faced vaccine hesitancy.

“The health educators, ASHA workers and health motivators did a marvellous job in motivating the natives who agreed to take a jab once their "Devta" - a supreme deity gives the nod. This was finally done and we managed to start the session” Chief Medical Officer Kullu Dr Sushil Chander told Outlook over the phone.

On Monday on the occasion of Janmashtami, around 300 people were vaccinated with the first dose as Deputy Commissioner Kullu Ashutosh Garg, and senior officials reached Malana walking an uphill pathway to reach the villagers.

Only a day before he was asked by the Chief Secretary to visit Malana in view of the reports about vaccine hesitancy, mainly due to their local beliefs. 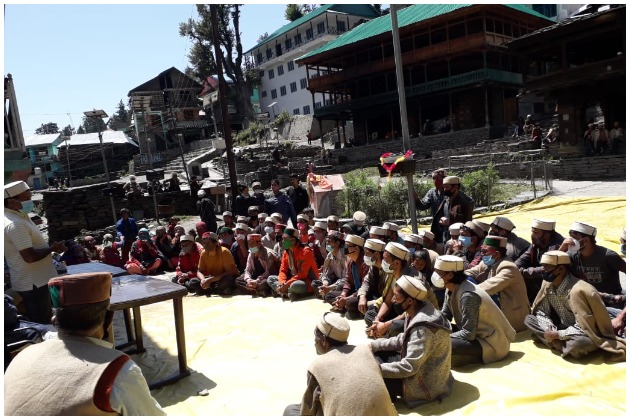 Vaccination camp in Malana on Monday

As per Dr Chander, “we adopted the model of pulse polio campaign to achieve 100 per cent coverage. The health officials went door to door to administer the first dose and they were welcomed by the villagers “

The performance of the state has been rated high in the country as many of the big states are still not able to achieve a 50 per cent mark.