Two army helicopters have been arranged for rescue operation 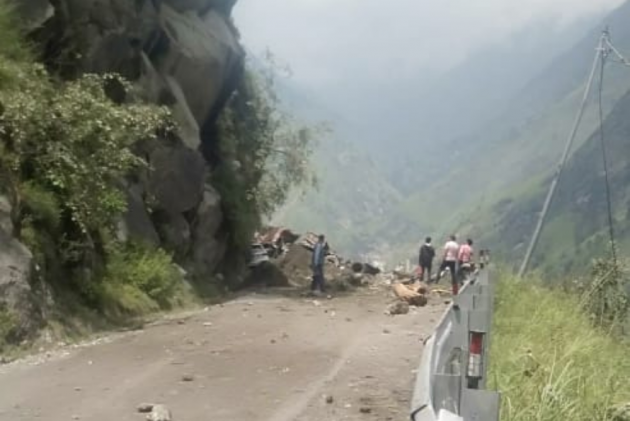 Yet another tragic accident struck Himachal Pradesh on Wednesday when a landslide hit an HRTC moving bus, approximately carrying about 40 passengers. The driver of the bus who survived the tragedy informed district authorities at Kinnaur about the accident.  So far, around 13 persons have been rescued and two bodies have been retrieved from the site. The operation may continue till all the missing persons are traced or rescued .

State Disaster Management Director Sudesh Kumar Mokhta said at least 13 persons were pulled out of the rubble in an injured condition during the initial hours of the rescue operation and shifted to a nearby hospital.

One of the deceased has been identified as Rohit Kumar of Kayao village in Rampur area of Shimla district, Mokhta said.

The landslide occurred at around 11.50 am in Chaura village in Kinnaur, the officials said.

Over 40 persons are feared buried under the debris Deputy Commissioner Abid Hussain Sadiq said. As per reports, two army helicopters have been arranged for rescue after PM Modi spoke to Chief Minister Jai Ram Thakur.

"PM @narendramodi spoke to Himachal Pradesh CM @jairamthakurbjp regarding the situation in the wake of the landslide in Kinnaur. PM assured all possible support in the ongoing rescue operations," the Prime Minister's Office (PMO) said.

Sadiq told PTI that several vehicles, including a Himachal Road Transport Corporation (HRTC) bus carrying over 40 passengers, are buried under the debris.

The landslide and shooting of stones occurred at Chaura village on national highway number five in Nigulsari of Nichar tehsil in Kinnaur district at around noon, he said.

The official said among the injured is Mahinder Pal, the driver of the Himachal Road Transport Corporation (HRTC) bus, which was trapped under the debris.

The identity of others is being ascertained, he added.

The injured have been shifted to Bhawanagar community health centre (CHC), Mokhta said. 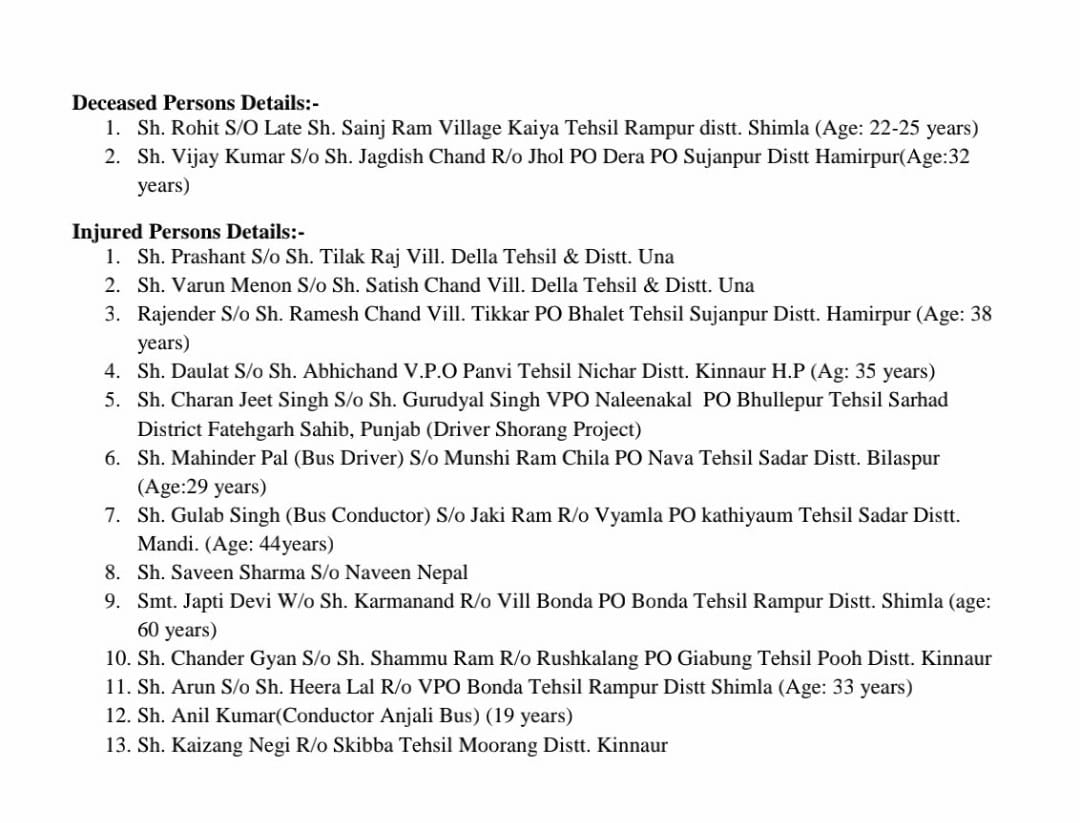 The bus was on its way from Reckong Peo in Kinnaur to Shimla, he said.

State Disaster Management Force Director Sudesh Kumar Mokhta said at least nine persons were pulled out of the rubble in an injured condition during the initial hours of the rescue operation.

The Army, National Disaster Response Force (NDRF) and local rescue teams have been called in for the rescue work, the Kinnaur deputy commissioner said.

“The scene was really ghostly reflecting the scale of the tragedy and loss of human loss in the calamity happening at this site after a long time .Nigulsari as such is considered a critical accident prone area” said Narinder Sharma, District Public Relations Officer (DPRO),Kinnaur .

Sadiq also said shooting stones are still falling which is creating problems in carrying out the rescue operation.

The incident occurred on NH 5 near Nigulsari in Kinnaur. Many are feared to be trapped in the debris.

"I've directed the police and the local administration to carry out rescue operations. NDRF has also been put on alert. We have received information that one bus and a car could have been hit. We are waiting for detailed information," said Chief Minister Jai Ram Thakur in Shimla.

Prime Minister Narendra Modi and Union Home Minister Amit Shah spoke to Thakur and assured him of all possible help, according to the government.