Himachal Pradesh: Mandi Airport To Get A Push As Jai Ram Thakur Picks Up Flagship Projects After Bypoll Set Back

Back in action to recover lost ground, Thakur has decided to give a fresh push to his flagship project – the Mandi greenfield airport. 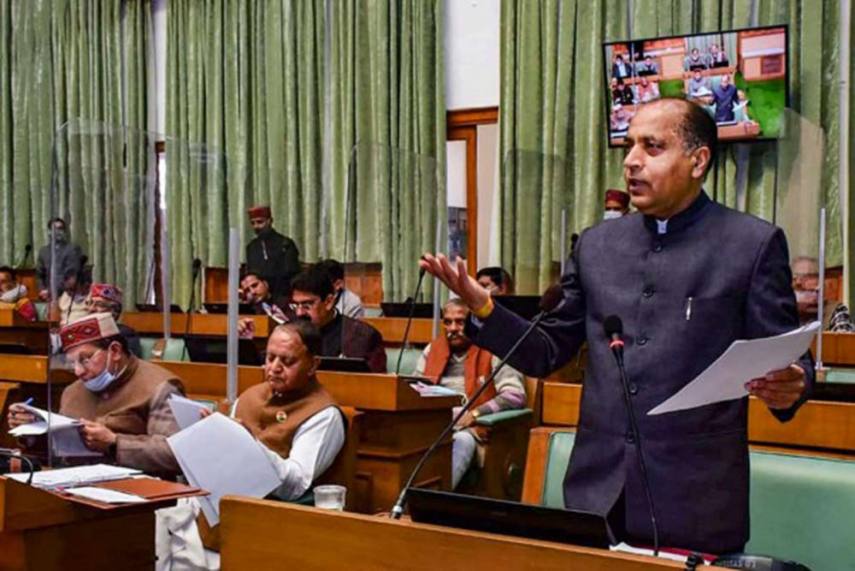 BJP’s loss of Mandi Lok Sabha bypoll to Pratibha Singh, wife of former Chief Minister Virbhadra Singh, was the biggest political blow to Chief Minister Jai Ram Thakur a year before the state is scheduled for the assembly elections.

Back in action to recover lost ground, Thakur has decided to give a fresh push to his flagship project – the Mandi greenfield airport, the first mega infrastructure project aimed to boost the state's tourism potential, apart from meeting the strategic needs of the country given the proposed airfield’s proximity to India’s border with China.

During the bypoll campaign, Congress had raised questions about the Chief Minister's dream project. The opposition had claimed that Thakur was unable to do anything for Mandi - a district from where the BJP had won nine out of 10 assembly seats in 2017 with one independent MLA also going on to support the BJP .

Who Gets The Axe In Himachal Pradesh? Jai Ram Thakur Cabinet In For Reshuffle As BJP Reviews Bypoll Losses

People Want To Get Rid Of The BJP Misrule In Himachal: Pratibha Singh

The airport project is meanwhile facing opposition from the locals, who have declined to give up their agricultural lands, as it would be a blow to their chief source of livelihood.

Yet, Thakur on Thursday said that the Airports Authority of India (AAI) has submitted a revised masterplan for the airport project.

He presided over a meeting of the senior officers at Shimla on Wednesday and asked Chief Secretary Ram Subhag Singh to work on modalities and also to work out its funding with the centre.

“The state government has got LiDAR (Light Detection and Ranging) survey done through WAPCOS Ltd for fixing the alignment of Runway as per the suggestions of the Ministry of Civil Aviation and Airports Authority of India. This survey was completed on July 21 and WAPCOS Ltd/M/s Geokno India Private Limited has submitted the LiDAR Survey Data to Airports Authority of India,” Chief Minister informed Outlook.

As per the site clearance given by the Ministry of Civil Aviation and the master plan submitted earlier, a runway of 2100 meters was planned with a possible extension of 1050 meters on the southern side.

Thakur said that based on the analysis, a revised layout has been worked out with an extended Runway length of 1050 meters on the northern side instead of the southern side.

As per new plans, a major shift on the side of the runway would be suitable for the operation of an AB-320 type of aircraft. Operations at the airport would be possible throughout the year including a night landing facility which will be possible through the provision of a CAT-I lighting system, he informed

As the next move, said the Chief Minister, the state government would contemplate a process to form a joint venture company with the Airports Authority of India for developing the project.

“There has been a need for improving air connectivity to the state especially for facilitating landing and take-off of the wide-bodied aircraft. This will not alone be important for tourism but also meet strategic requirements of the country,” Chief Minister told the magazine.

He said the 15th Finance Commission has also recommended Rs. 1000 crore for this mega project.

Himachal Pradesh has three other airports at Jubbarhatti (Shimla), Bhuntar (Kullu) and Gaggal (Kangra). However, except for Kangra, which has regular air services, and Bhuntar, air connectivity remains the biggest handicap for the state when compared to its neighbouring states such as Uttarakhand and Jammu & Kashmir.