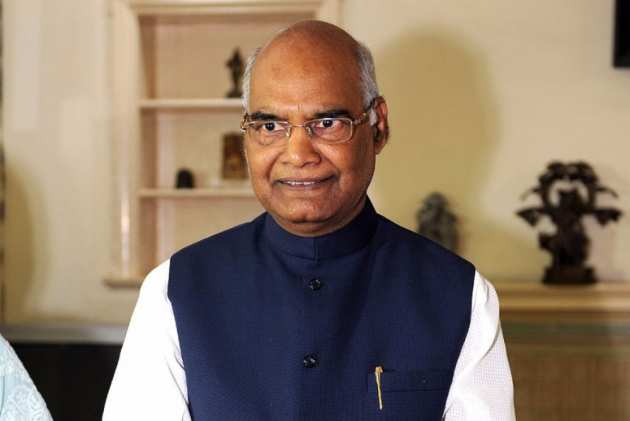 President Ram Nath Kovind on Friday said he is hopeful that Himachal Pradesh is on the path of becoming a model inclusive development and prosperity in the upcoming 25 years.
Kovind was addressing ‘Golden Jubilee’ function of Himachal Pradesh Assembly.

The President also highlighted the state’s recent attainment of 100 percent COVID-19 vaccination first dose, and NITI Aayog placing it at number two for achieving sustained goals.
He said the country can take inspiration from the Himachal Pradesh’s success story.

“Incidentally one of Himachal Pradesh’s districts is known as Sirmaur (crown) .I extend my wishes and predict the possibility of the state becoming a Sirmaur of India,” he said.
The special session of the Assembly was convened to celebrate the state's remarkable growth story in areas including horticulture, road expansion, education and also increase in per capita income.

Union minister for Information and Broadcasting Anurag Thakur, former Chief Minister Prem Kumar Dhumal and others were among the people present on the occasion.

In his address President recalled how some of the legislations passed by the state assembly had a “good impact” on the whole country.

“The council Chamber as it is known, the state assembly has a glorious history and it has laid the foundation of a strong democracy,” he said.

Kovind also mentioned about contribution of the state towards armed forces.
"Being the head of the defence forces, I salute all the brave soldiers of Himachal Pradesh," he said.

He also paid tributes to former Prime Minister Atal Bihari Vajpayee for his close connections with the state and his contributions in granting special industrial package and laying foundation for world 's longest tunnel—Atal Rohtang Tunnel as his landmark contributions to the state.