As Himachal Pradesh began the first phase of its panchayat polls, a voter turnout of 70 per cent was recorded 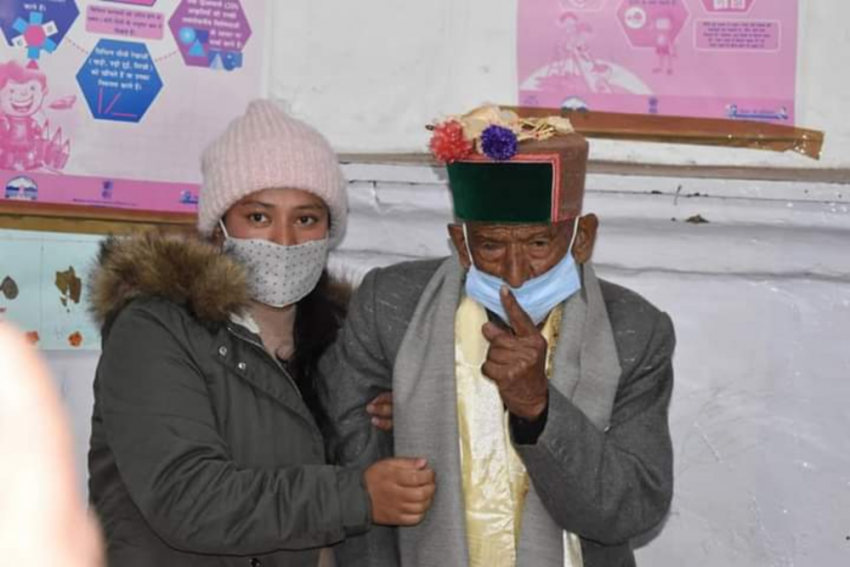 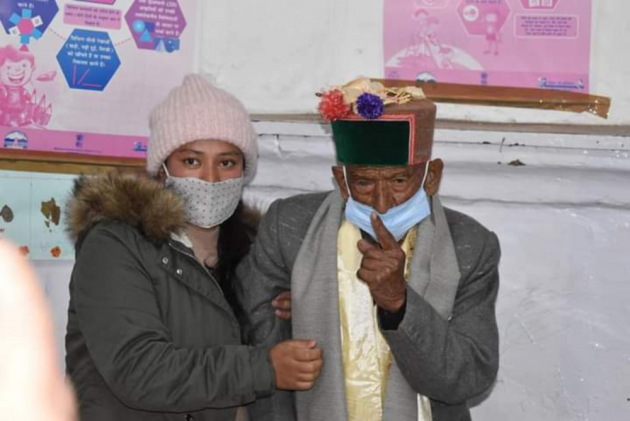 At 103, India's first voter Shyam Saran Negi reached to his polling booth in Himachal Pradesh's Kinnaur to cast his vote in the state's panchayat election. Despite having a failing vision and aching knees, Negi exercised his franchise at the Kalpa polling booth, where he was given an extremely warm welcome by laying a red carpet, by the district administration.

Negi further shared a message to the people where he urged them to participate in the election process to elect an honest and capable candidate. Deputy Commissioner Hemraj Bairwa honoured Negi with a Kinnauri 'topi' and shawl. He further said that young voters should get inspired by Negi, who came to cast his vote even in bad health.

The election process is planned to take place in three phases. In the first round, 1,227 panchayats went to the polls on Sunday. The remaining two phases are slated to be held on January 19 and 21. The state has 3,615 gram panchayats. Electoral Officer Sanjeev Mahajan shared that a voter turnout of 70 per cent was recorded in the first phase.

To cast their votes,  over 63 per cent voters of two panchayats in Kaza block in Lahaul-Spiti braved extremely cold weather of minus seven degrees Celsius. In the Hamirpur district, a voter turnout of 76 per cent was recorded.

The Himachal Pradesh Election Commission secretary also wrote to the Kangra administration, demanding an enquiry as to why former state minister Sudhir Sharma’s name was removed from the electoral rolls for the panchayat polls.

Earlier, the former state urban development minister alleged that hundreds of names of voters are missing in almost every panchayat in the state. He claimed it to be a "well thought out conspiracy", as most voters whose names are missing are believers of Congress ideology.

Nitish Should Return To Grand Alliance To Work Freely: Congress