Advertisement
Home National
Back To School

Himachal Pradesh To Resume Physical Classes For Primary School Students This Month: All You Need To Know 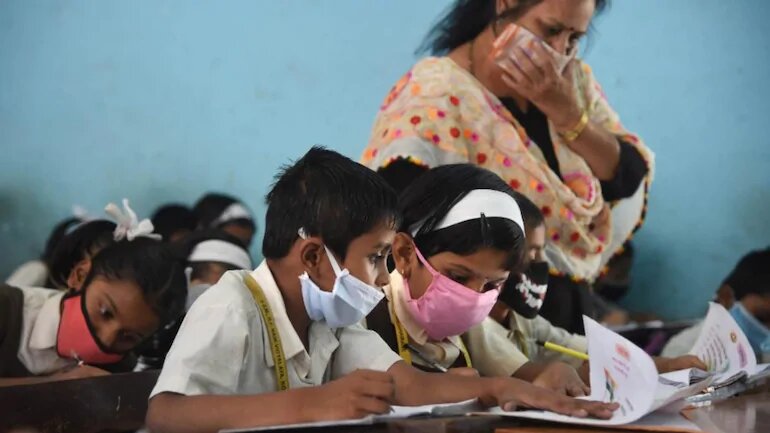 The Himachal Pradesh government on Monday decided to ease restrictions on all schools for classes 1 to 7.  However, the government reiterated that Covid-19 guidelines like "no mask, no service" needed to be strictly adhered to and while stressing the importance of maintaining reasonable checks for Covid-appropriate behaviour across the state.

The decision to resume classes for students in elementary and primary school was taken by the state's education department after the state cabinet met in Shimla. Chief Minister Jairam Thakur presided over the meeting, which took place after the lifting of the Model Code of Conduct (MCC) related to four bypolls.

The schools for students in class 3 onwards will open on November 10, 2021, while classes 1 and 2 will be allowed to resume physical schooling from November 15, 2021.

School Reopening: Principals Hail Decision But For Parents, Dilemma Isn't Over Yet

A notification to this effect was also issued by Chief Secretary Ram Subhag Singh conveying the state government's intentions to allow the schools to function normally for the first time since the Covid-19 outbreak in March 2020.

"Keeping in view the present situation of Covid-19 active cases and positivity rate in the state, the government has decided to allow the education department to open schools for classes 3 onwards from November 10 and those in class 1 and 2 from November 15. The decision has been taken under powers vested in the state under section 22  (2) (h) and section 24 of the Disaster Management Act 2005," the Chief Secretary said.

Singh also said the education department has been asked to adhere to safety guidelines and SOPs for Covid-appropriate behaviour and protocols.

Even before Monday’s notification, management and authorities across several schools, especially residential schools, had started informing parents about the likelihood of schools resuming classes on November 10. Most of the schools and colleges had already started their regular classes for classes 8, 9, 10 and 12.

The number of active cases in the state has also come down to 1,030, from bordering at 2,000 last month.

In today’s cabinet meeting, the government also took the decision to allow social, academic, sports, entertainment, cultural, political, religious and other congregations with 50 per cent of the capacity both in case of the indoor, covered and open areas.

The government, however, warned that not following Covid-19 protocols may incur serious charges.

“Any person violating the measures and not following Covid-appropriate behavior will be liable to be proceeded against as per the provision of Section 51-60 of the DMA 2005, besides entailing legal action under Sec. 188 of the IPC , and other legal provisions as applicable” an official spokesman said.

Meanwhile, the opening of schools for younger children has led to a mixed reaction from parents with many worrying about the spread of the virus.

Earlier, several parents had demanded the reopening of schools, arguing that when major political and election rallies could be held and tourist destinations reopened, why should schools remain shut. The online teaching being done has its own limitations due to geographical conditions in the state and poor internet services.

Some of the junior class children have not even seen their schools for nearly two years .