Himachal Pradesh To Use Helicopter For Vaccination In Remote Kangra Valley

The state-owned helicopter will be used to fly health workers and necessary staff with sufficient stock of vaccination doses for Bara-Bhangal area of Kangra. 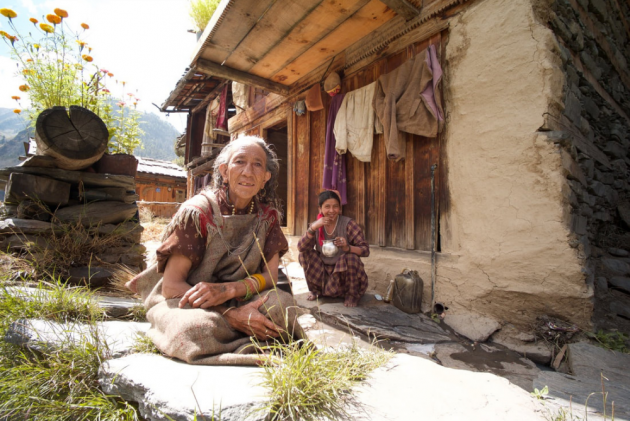 Himachal Pradesh on Tuesday decided to deploy helicopters to cover the left-over population in the inaccessible valleys and landlocked mountainous pockets.

The state-owned helicopter will be at the disposal of Deputy Commissioner Kangra Dr Nipun Jindal to fly health workers and necessary staff with sufficient stock of vaccination doses for the Bara-Bhangal area of Kangra, an area that can’t be reached manually in a single day.

Chief Minister Jai Ram Thakur said "We have exceeded 100 per cent targets for the first dose covering a population of 54,72 ,527 against the projected eligible population of 53.77 lakh as per census data of persons above 18-yrs .Yet, there are pockets like Malana, Bara Bhangal and Dodra Kawar that remain. Of them, Malana was completed on Monday, " Thakur said, adding that Deputy Commissioner Kullu Ashutosh Garg had himself been present at the event on Monday.

Now, he said, on Wednesday, the government will send its helicopter to Kangra to fly health workers, medical teams and district officials for coverage of the leftover population.

A decision in this regard was taken in a meeting the Chief Minister held with top government officials including Chief Secretary Ram Subhag Singh, health secretary Amitabh Awasthi, DCs and all Chief Medical Officers (CMOS).

“There will be 100-odd persons in Bara Bhangal which will be covered in a one-day vaccination session on Wednesday. It’s not practically possible to send the teams on foot due to geographical conditions and weather uncertainties. That's why the government has provided us helicopters for the vaccination," Dr Nipun Jindal said.

Earlier in the day, the Chief Minister asked the field officers to identify a few doctors, paramedical staff, ASHA workers and other front line workers who have performed their duties in an exceptional way in difficult circumstances.

Thakur said Prime Minister Narendra Modi has complimented Thakur over phone recently for achieving the rare distinction of vaccinating 100 per cent of his state's population in record time despite difficulties of terrain and weather.

He said the Prime Minister will interact with front line health workers, ASHA workers, paramedical staff and beneficiaries of vaccination in a virtual mode on September 6.

This is going to be a momentous moment for the small hill state.

The state government has fully geared up for completing the second dose of vaccination for 100 per cent population by November 30,or maybe before.

The Chief Minister said as many as 90 LED screens would be installed at different parts of the state such as district, subdivision and block development headquarters besides other prominent places so that people could participate in this mega event. He said health workers would also interact with the Prime Minister and share their views regarding making this vaccination campaign a success.

Adequate arrangements should be made for the sitting of the general public at the venue where the event would be screened.

Involvement of local MLA, vaccinated people and public representatives would also be ensured to make this event a success, said Thakur.