A senior official in the personnel department admits that Covid-19 has severely affected several bureaucrats from top to lower ranks. 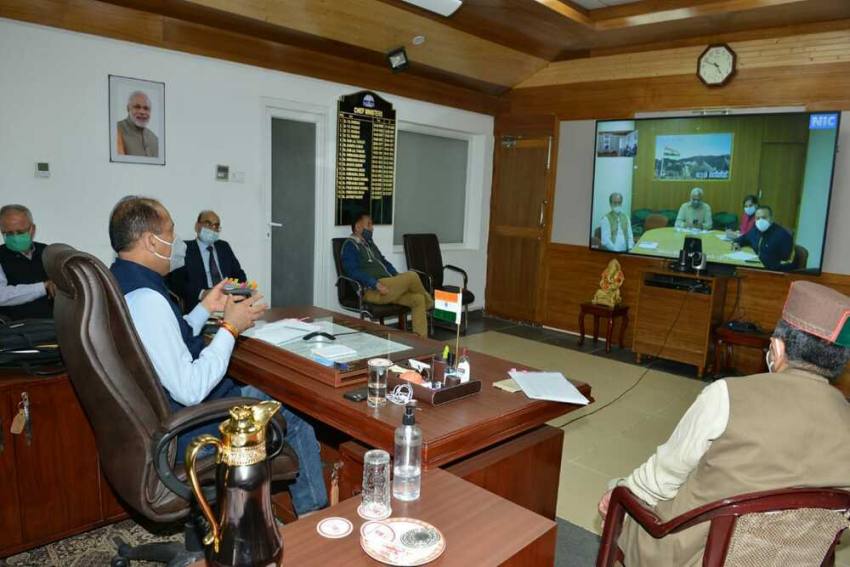 Amid an unprecedented surge in Covid cases and a high fatality rate, several bureaucrats including the chief secretary, director-general have also tested positive for Coronavirus.

Chief secretary Anil Khachi, a 1986-batch IAS officer, who has been at the forefront of enforcing Covid-19 guidelines, is under home isolation after he contracted Covid-19.

Himachal Pradesh Imposes 'Corona Curfew' Till May 16 Amid Covid Surge

Kundu, who has been a part of all meetings with Chief Minister Jairam Thakur, has been frequently travelling across the state for official work.

A government spokesman informed about the health condition of the bureaucrats, especially in the context of chief secretary Anil Khachi and secretary health Amitabh Awasthi.

“As per the Covid-19 protocol, both the officers have undergone home quarantine being the primary contact to a Covid positive officer. The actual position will be clear only after a day or two when both these officers are tested for the Covid-19”, the spokesman said.

Director Elementary education is also down with Covid-19.

A senior official in the personnel department admits that Covid-19 has severely affected several bureaucrats from top to lower ranks.

Before this, Minister for Urban Development Suresh Bhardwaj, Education minister Govind Thakur and minister for Technical Education Dr Ram Lal Markanda had tested positive for Covid-19 but have now recovered.

So far, 1,680 people in the state have died due to complications caused by the virus.