Kinnaur has attained 100 percent vaccine coverage with all eligible citizens above 18 years getting both doses. 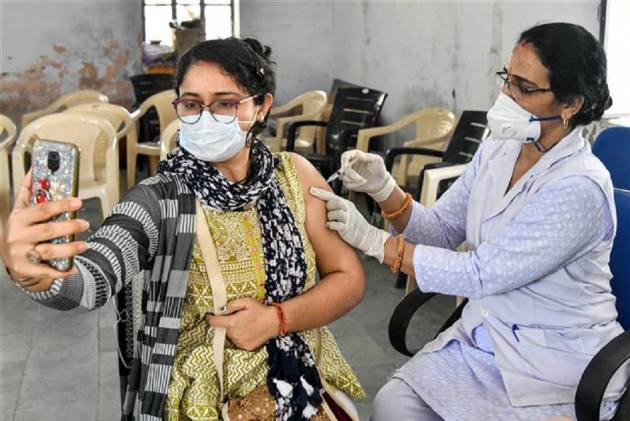 Himachal Pradesh’s tribal district of Kinnaur, which shares international border with China, has become the first fully vaccinated district in the Country.

The district has attained 100 percent vaccine coverage with all eligible citizens above 18 years getting both doses of Covid-19 vaccine.

Deputy Commissioner, Kinnaur, Abid Hussain Sadiq said there is good news for the entire country and it’s from this high altitude and one of the highly difficult Himalayan landscapes of Himachal Pradesh.

“We had a target set a month back to vaccinate a total of 60,305 persons. Entire population was highly scattered –few at mountain peaks at a height of 13,000 feet  and valleys like Sangla at 8.900 as villages also thinly inhibited. Yet, we are able to accomplish the task, much ahead of the state government deadline of November 30,” he said at Reckong Peo, headquarters of Kinnaur on Wednesday.

Around 200 paramedical workers, ASHA volunteers and medical teams travelled on foot, trekked narrow and most difficult forests and isolated villages almost on a daily basis. They set up camps and also carried the vaccination stock manually or using mules.

Sadiq said that the conditions which the para-medical staff braved were worth taking note.

They went to the ‘Dogris'-- grazing shelter home-- and ‘Kandas’ --grazing halts or fields--  and  knocked the doors at smallest hamlets-- a few of which just have a single member in the family-- and completed the task.

The medical teams administered the vaccine to the shepherds, labourers and farmers. "We had a well-planned strategy for the coverage of every single eligible person before mid-October or before the snowfall began in the district," DC Kinnaur explained to Outlook.

He congratulated the district administration, sub-divisional officers and public representatives associated with Panchayati Raj institutions for coming first in the Covid vaccination.

Panchayat representatives went door-to-door to create awreness among the people about vaccination, as a result of which the district has been able to achieve this position today.

As on Wednesday, Himachal Pradesh has administered first dose vaccine to 56.83 lakh population and second dose to another 29.63 lakhs people. The coverage of the second dose has progressed significantly during the past one month, says Hemraj Berwa, state’s Mission Director, National Health Mission.