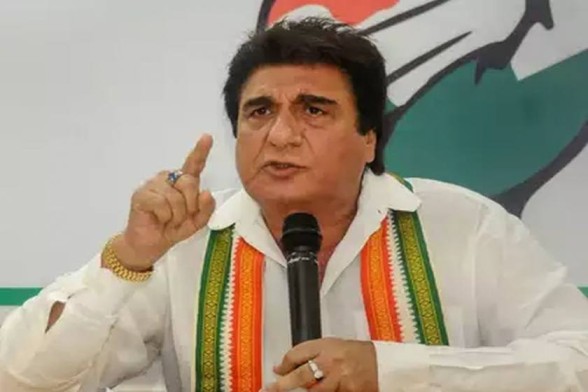 In Himachal Pradesh’s Mandi by-poll a war veteran is going to fight it against renowned Bollywood actor.

Brigadier (Rtd) Khushal Thakur, who led the troops to capture Tololing peak and Tiger hills during Kargil War, bringing laurels to the nation will fight it against Bollywood’s veteran actor turned politician Raj Babbar— who is Congress party’s star campaigner for the by-poll against the former, a BJP candidate.

In a decisive political battle at Mandi, Brigadier will face Congress’s potential candidate Pratibha Singh—a two-time MP from Mandi and the wife of the state’s former Chief Minister Virbhadra Singh.

However, the recent “controversial” statement of Pratibha Singh on Kargil War has put her at receiving end. The Congress  has felt  dent in the party’s image due to Pratibha’s recent statement.

“Kargil was not actually a war, as such .It was just a small task assigned to the Army to free Indian territory from the Pakistan incursion who had captured our land,” Pratibha had recently said.

Now the party seems to have given task to Chief Minister Jai Ram Thakur to take on Brigadier Thakur.

She had said the fact is that the BJP had fielded him (Thakur) to get votes of the ex- servicemen and families of the soldiers.

Coming to the lend support to Pratibha Singh is Raj Babbar ,who has played “Col.Thakur'' (Khushal Thakur was colonel during Kargil war) in the J P Datta ‘s LOC Kargil (2003) movie.
In the actual Kargil War, Brigadier Thakur lead 18 Grenadiers, the company which was later awarded with 52 war medals for an exemplary fight for nation and captured Tololing peaks and Tiger hill from the Pakistani infiltrators.

"Raj Babbar 's arrival may further add more fuel to the controversy or he could help in dousing some fire,” a senior Congress leader from Mandi told Outlook.
Besides Raj Babbar, the Congress has also listed Kanhaiya Kumar as party’s star campaigner for the state’s by-poll.

The Mandi Parliamentary by-poll and the by-polls for three other assembly constituencies is slated for October 30.