Chief Minister Jai Ram Thakur will review the covid-19 situation in Himachal Pradesh on March 25 when he will hold a meeting with top government officials. 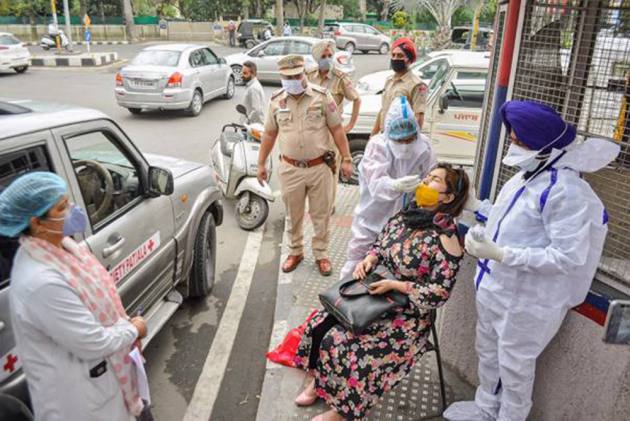 Amid a sudden covid upsurge in many parts of the country, Himachal Pradesh’s Una district has emerged as a Covid-19 hotspot. More than 500 new infections were reported in the district, during the last week.

Responding to the rising number of cases in the state, Chief Minister Jai Ram Thakur said people’s callous attitude was responsible for the spike.

“People are not observing Covid-appropriate behaviour. Large social and religious gatherings are being held and this has aggravated the covid-19 situation in the state,” Thakur said.

In an attempt to contain the spread of the virus, the state government has decided to ban all fairs and public gatherings.

Deputy Commissioner Raghav Sharma is of the opinion that movement of people across the Punjab-Himachal border has resulted in the spike.

He further said that authorities have taken new measures to contain the spread of the virus and that a fine of Rs 5,000 will be imposed on people in Una district who are found moving around without masks.

The chief minister will review the covid-19 situation on March 25 when he will hold a meeting with top government officials.

When asked about the possibility of a lockdown being imposed in the state, Thakur said future course of action will be decided only after the March 25 meeting.

On Wednesday, the state reported 266 new cases. The state’s active caseload stands at 1,654. Lahaul-Spiti, the only district which had been declared covid free, reported a fresh case in March. Una district has the highest number of active cases—522, closely followed by Kangra which has 329 cases.