Himachal Says Vaccination For 18+ Only On Availability Of Doses

The state cabinet has already taken a decision to provide free vaccines to people older than 18 years of age. 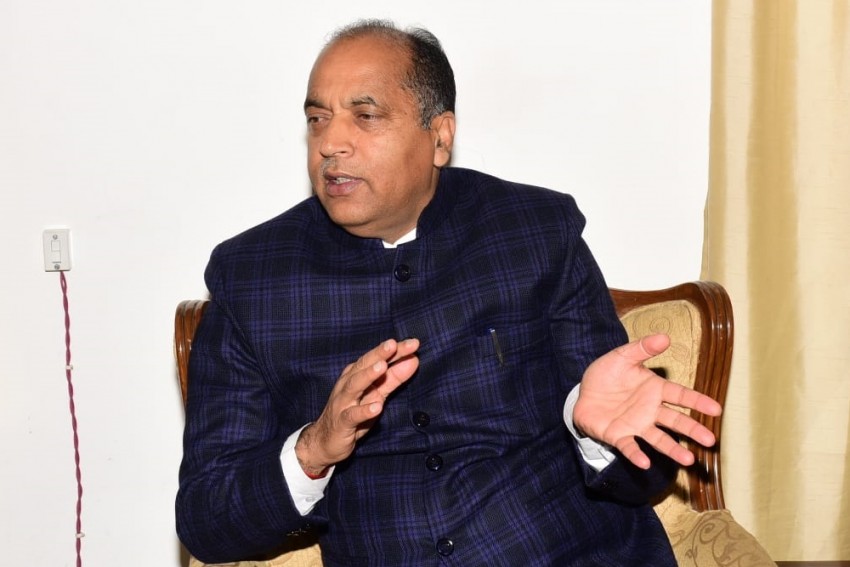 Himachal Pradesh on Thursday joined the list of states, including non-BJP governments which will not be able to start Covid vaccination drive for persons in the age group of 18-44 years from May 1.

The registration process for persons between the age group of 18 to 44 years started from April 28.

Chief Minister Jai Ram Thakur said, “The next phase of the vaccination, which will also cover a large section of younger people will be taken up only on availability of necessary stock of vaccine doses in the state.”

He said the Centre had given freedom to the states to purchase and implement vaccination drives for people between 18 and 44 years of age.

“We have already placed the orders to vaccination-manufacturing companies. We are making all-out efforts to procure the stock and start the next phase of vaccination. A detailed plan will also be prepared soon for smooth conduct of the drive .There is a lot of enthusiasm among the youths. So, accordingly, we will ensure smooth conduction of vaccination drive,” he said.

The state cabinet has already taken a decision to provide free vaccines to people older than 18 years of age.

The state government is determined to take the programme forward with responsibility to overcome the current health crisis, curb the surge in the cases, and also stop high fatalities.

The government has completed three phases of vaccination. One was for healthcare workers, second for frontline workers and third for the above 45 years population.

“Till now, we had received 19.2 lakh doses of vaccines for three phases of which 16.66 lakh persons have been vaccinated. About 2.55 lakh doses were still available in the state for further vaccination,” the chief minister said.

Now the fourth phase of vaccination for a large group of population was supposed to begin.

According to estimates the state will need five lakh doses every week .The Centre has given a freehand in this phase for procurement and implementation plan. The registration process will give an idea about exact requirement and once the vaccines arrive, the drive will also start, he said.

The Opposition Congress has scathingly criticised the BJP government for backtracking on the vaccination drives for people in the age group of 18 to 44 years.

"Chief Minister Jai Ram Thakur has no concrete plans to fight the Covid crisis in the state. His priorities are completely misplaced and messed up. People are dying. There are no beds, no oxygen and no ambulances to carry patients to hospitals. The vaccination drive has also flopped. Where is the hope left for the people in HImachal Pradesh? he asked.

Meanwhile, faced with a crumbling health infrastructure with all hospitals having run out of beds for Covid patients, the state government has decided to take over half a dozen hospitals, including Fortis Kangra and Vivekanand Trust (Palampur) in the state’s worst-hit Kangra district for Covid patients.

The government banned all community feasts (being organised at wedding functions in villages) and cut down on gathering at all weddings to 20 persons only with Covid SoPs. The processions of Devta’s – a religious tradition in Himachal Pradesh – has also been banned for now.