Parts of Himachal Pradesh including Lahaul-Spiti district woke up to the cold deserts being covered in a layer of snow on Friday after overnight snowfall. 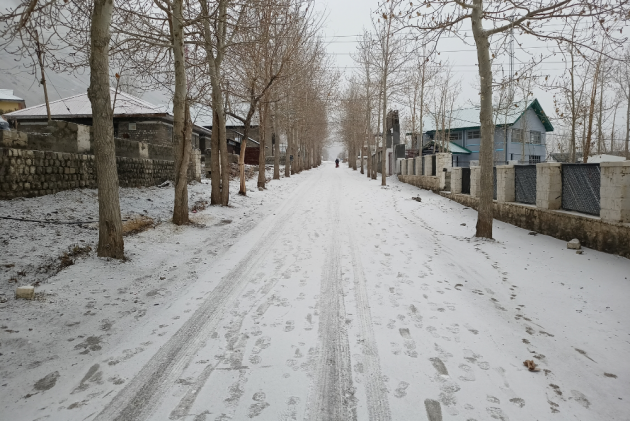 Locals of Himachal Pradesh woke up this morning to a blanket of snow covering the cold, tribal desert districts of Lahaul and Spiti, which received fresh snowfall on Friday.

Snowfall started on Thursday but it continued during the night and early morning, locals confirmed over phone. 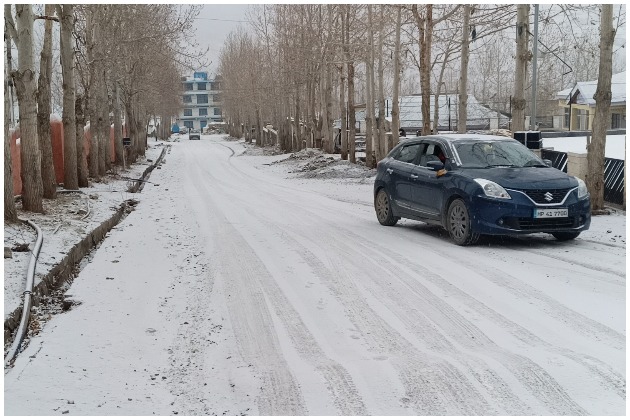 This is the beginning of the long drawn winters in the valley when Spiti will remain under the snow for the next five months. The tribals in this district are traditionally accustomed to this life.

But locals are happy about a good snowfall.

“It snowed a lot last night and early morning. There is at least six to seven inches of snow in the lower areas while higher mountains have nearly a foot of snow” said Chhering Sakya, an owner of a local homestay at Kaza.

Most roads are blocked due to snow and water pipelines are frozen. The people use traditional water sources to draw water by removing snow from the surface.

Shimla and its surroundings are also seeing a considerable drop in the temperature and an overcast sky is forcing people to stay indoors. The rains have also started pouring in Shimla since last night.

The Meteorological Department has already issued a warning about moderate to heavy snowfall in many pockets of the district by December 5.

The possibility of early snowfall in Shimla has delighted hoteliers and tourism stakeholders, who are preparing for a packed weekend in Shimla and other tourists destinations like Kullu-Manali and Dharamshala-McLeodganj circuit in case of snowfall.

For two years, the hoteliers have been facing a Covid-19 blow and repeated lockdowns have led to the shutting down of several hotels and restaurants, despite the summers bringing some cheers in June-July 2021 after restrictions were lifted. 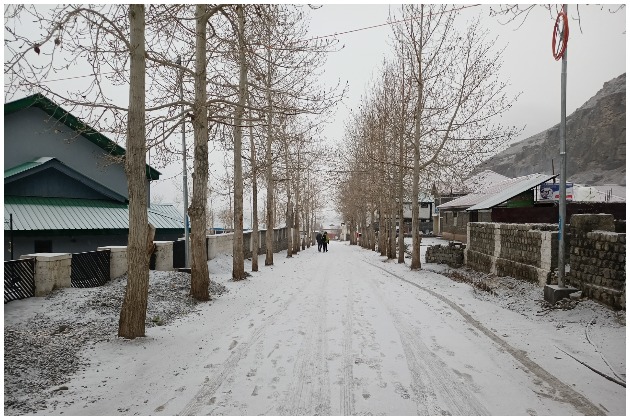 (Snow covering roofs of homes and roads in Spiti)

“We will have the loss of foreign tourists due to Omicron vibrant but domestic tourists are certainly going to generate us some business “ admits Sunil Bamba, a leading Manali hotelier, who adds, "all fingers crossed".

In Spiti and sub-divisional headquarter Kaza, overnight snow has changed the entire landscape of the valley and its high altitude mountains. The snowfall is not only good to attract tourists and travellers but also a lot of film-makers who make a beeline to Spiti to shoot their films this time of the year.

The snowfall is also considered good for the farmers who will get good crops in the next year when the snow melts and they start cultivations.

“The opening of the Rohtang Tunnel has led been a definite advantage. We will try to keep the National Highway open so that tourists can enjoy the snowfall and also add to the local economy” said Neeraj Kumar, Deputy Commissioner, Lahaul–Spiti .

Yet he has also advised the people and tourists to avoid unnecessary visits to high altitude areas in the next few days as the meteorological department had issued warnings of snowfall and landslides in the region.

The temperature in Spiti and Lahaul valley has dropped down to minus 4.3 degrees.  There is also a risk of frost causing road accidents due to freezing cold and icy winds.

The MeT office has predicted a wet spell in the region for five days and cautioned the administration to take adequate steps for the safety of people as services like water and power supply can be disrupted and landslides could block roads.

The Spiti administration is also preparing to host the national Ice-Hockey championship next month with a good snowfall, says a local official.

Seven to eight teams from all over the country are expected to reach for the event.