Preety Kkongana, who plays the role of the protagonist, and the production house of the show say that 'Begum Jaan' has nothing to do with 'love jihad' and the actual story is completely different. 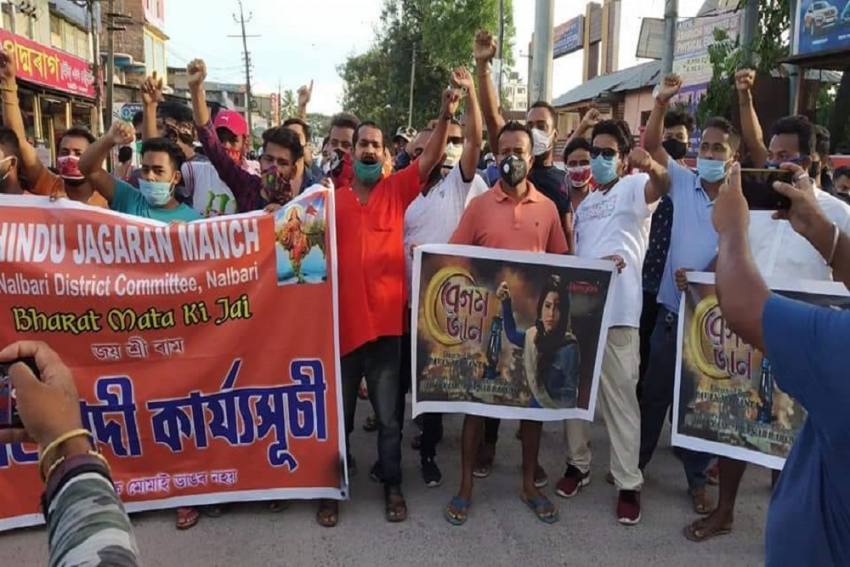 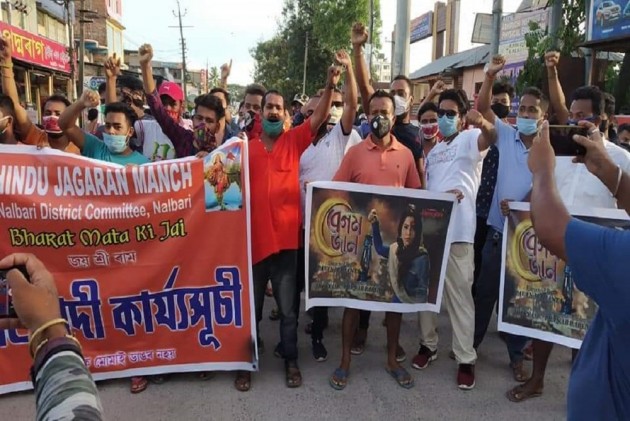 An Assamese TV serial has landed in the eye of a storm after many Hindu individuals and organisations started calling for a ban on the show for allegedly promoting what is being termed as 'love jihad'.

The serial, which follows the journey of a Hindu girl who has to fight against the society, is being aired on Rengoni TV, a regional channel.

While some have taken to social media to express their angers over the TV serial, Hindu groups have reportedly taken to streets to protest against it.

"Such serials who promote love jihad and other anti-national programs should be banned as soon as possible ...!" said one Twitter user.

Few organisations have also called for boycotting the series claiming that it encourages ‘love jihad’. Hindu Janajagruti Samiti has started an online signature campaign calling for the broadcast of the TV serial to be stopped.

Contradicting the official storyline of the show, many social media users alleged that it depicts a Hindu girl marrying a Muslim boy and eloping, which they call 'love jihad'.

However, Preety Kkongana, who plays the role of the protagonist, and the production house of the show say that 'Begum Jaan' has nothing to do with 'love jihad' and the actual story is completely different.

Kkongana said, in the serial, she plays the role of Hindu girl who is in a difficult situation and is helped by a Muslim man. “Then, in the village, someone spreads a rumour that Janmoni (her character) eloped with the Muslim man. But actually she doesn’t,” Kkongana said.

“It’s very painful when people react without watching the serial. There’s nothing like Love-Jihad in the script. There’s no communal angle in it. On the contrary, it wants to depict how humanity is much bigger than religion,” she added.

The actors who worked in the series are being targeted online. Kkongana has also been threatened with rape and murder by few miscreants.

“Two persons namely – Bikram Nath and Kishor Das – have been threatening me and harassing me mentally for a long time. Bikram Nath has even threatened me with rape, acid attack and murder. Kishor has used abusive words against me on social media and spoke of rape and murder. This is extremely disturbing for me and I’m worried for myself and my family. They have also called me a prostitute,” Kkongana told Outlook.

Following the ordeal, the actor filed an FIR at Dispur police station on Friday.

Kkongana, a well-known model and actor in the state, said she hopes that this kind of trend of attacking the artist comes to an end.

This allegation of promoting love jihad has been denied out rightly by the production house. AM Televisions, under which the serial is made. It said that there is nothing about the girl and boy falling in love or marrying in the serial.

“There is nothing in the serial Begum Jaan which goes against the Hindu Dharma. Without watching the serial some people have projected it as a love jihad and a serial where the Hindu sentiment is hurt. I request everyone to refrain from such comments, anyone wants to see, we are open to show the entire serial and if you all think anything or any scene which might hurt the sentiments of the Hindu religion is there we are ready to delete it,” said Sanjive Narain, proprietor of AM Televisions, the production house.