"We demand that the government rename the road, which is after a foreign invader, to some great Indian personality," said Hindu Sena president Vishnu Gupta. 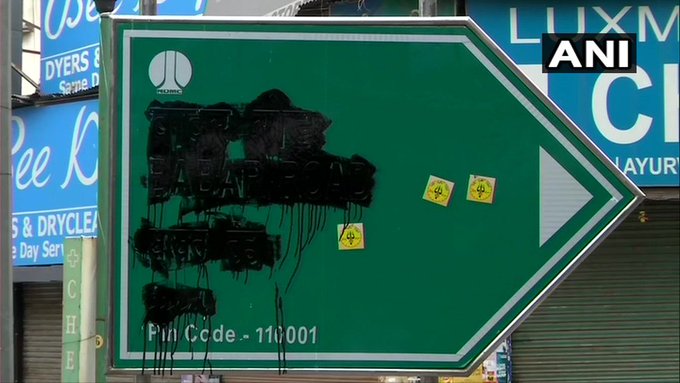 Right-wing outfit Hindu Sena on Saturday defcaed signboard for Babar Road in Bengali market in Delhi demanding that it be renamed after a "great Indian personality".

"We demand that the government rename the road, which is after a foreign invader, to some great Indian personality.

Officials of the New Delhi Municipal Council (NDMC), which is responsible for the upkeep of the road, were not immediately available for comment on the issue.