One Sanjeev Kumar was mistakenly buried in Saudi Arabia due to incorrect translation of his religion on his death certificate by Indian Consulate officials in Jeddah. 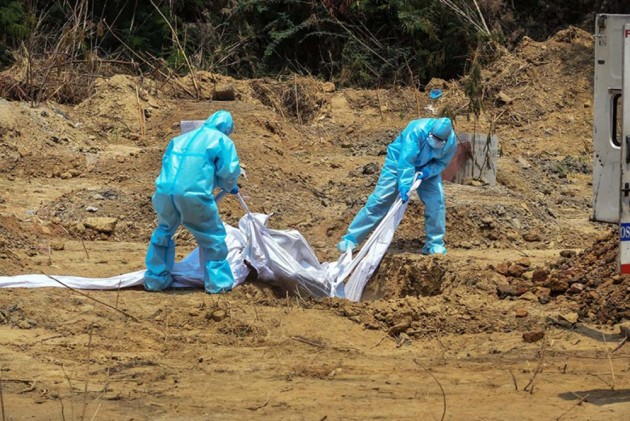 The Delhi High Court on Tuesday heard a one-of-a-kind case wherein a Hindu woman sought help to get her husband’s mortal remains, claiming that he was wrongly buried in Saudi Arabia as per Muslim rites due to incorrect translation of his religion on his death certificate by Indian Consulate officials in Jeddah.

After running from pillar to post and not receiving any help, the woman approached the HC seeking direction to the Ministry of External Affairs (MEA) to take steps to immediately exhume the deceased’s remains and repatriate them to India in a time bound manner.

The deceased, Sanjeev Kumar, breathed his last on January 24 in Saudi Arabia. He succumbed to a cardia arrest.

Justice Prathiba M Singh said the woman has been approaching the authorities since January, since passing away of her husband, and adequate steps ought to have been taken to bring back the body of the deceased to India to conduct the last rites.

“Accordingly, the concerned officer from the MEA not below the rank of deputy secretary shall join the proceedings on March 18 to apprise this court about the update on steps taken and status on transportation of mortal remains of the deceased,” the judge said, adding that it was an “unfortunate” case.

Petitioner Anju Sharma said in the plea that on getting the news of her husband's death, the family requested the authorities to repatriate the mortal remains.

“Shockingly, on February 18, the petitioner was informed that the body of her husband has been buried in Saudi Arabia while the family members of the deceased were waiting for the mortal remains in India.

It also said that neither the woman nor any of the family members gave consent to bury Kumar’s body in Saudi Arabia.

Thereafter, the woman requested the officials of Indian Consulate in Jeddah to ask the local authorities there to exhume the mortal remain of her husband so that it can be transported to India for performing last rites as per the faith of the family.

“Unfortunately, even after seven weeks of the death of the husband of petitioner, the authorities have failed to do necessary formalities to repatriate the mortal remains of Sanjeev Kumar to India for performing last rites,” the plea said.

It also sought direction to the Centre to take appropriate departmental actions against concerned officials of Indian Consulate at Jeddah for their wilful negligence and also direct the authorities to do appropriate actions for obtaining a corrected death certificate of the deceased and supply the document to his wife.