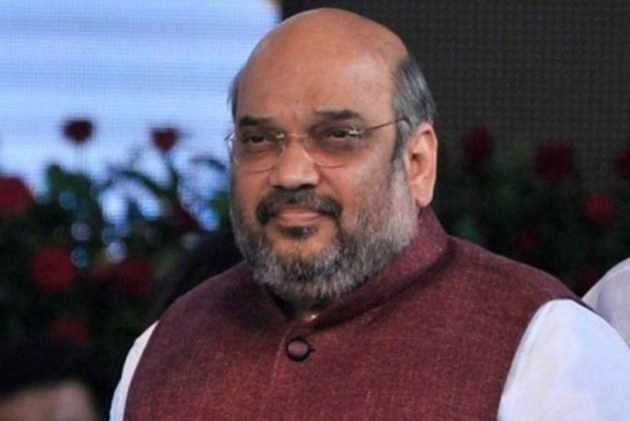 HM Shah meeting on J&K’s with top functionaries of the central government and the Union Territory administration came two days after the Taliban announced its interim government in Afghanistan.

Following Taliban blitz in Afghanistan, there have been reports that Pakistan-based militant groups Jaish-e-Mohammad and Lashkar-e-Taiba—both active in J&K and involved in a large number of terror attacks in the past—have shifted their bases to the war torn country.

The home minister reviewed the security situation in Jammu and Kashmir and steps being taken to check infiltration from across the border and maintain peace in the union territory, official sources said.

Sirajuddin Haqqani, the new acting interior minister of Afghanistan, is the head of the terror group Haqqani network, which was responsible for attacks on Indian assets, including the Indian embassy in Kabul, in the past.

Taliban spokesperson Suhail Shaheen last week had said "As Muslims, we also have a right to raise our voice for Muslims in Kashmir, India or any other country".

A home ministry spokesperson said Shah held the meeting to review the security and development issues of the Union Territory of Jammu and Kashmir.

The meeting is believed to have discussed about the political and security implications in the Kashmir valley following the death of hardline Hurriyat Conference chairman Syed Ali Shah Geelani.

The group has already elected Masarat Alam Bhat, currently in jail, as its chairman.
Shah also reviewed various development initiatives being implemented in Jammu and Kashmir, including the Rs 80,000 crore package announced by Prime Minister Narendra Modi in 2015, sources said.

Shah had said in the past that all-round development and welfare of the people of the Union Territory are on top priority list of the Modi government.(With PTI inputs)