Amit Shah who arrived at the airport in Lawspet, drove to the Siddhananda temple in Karuvadikuppam to offer prayers. 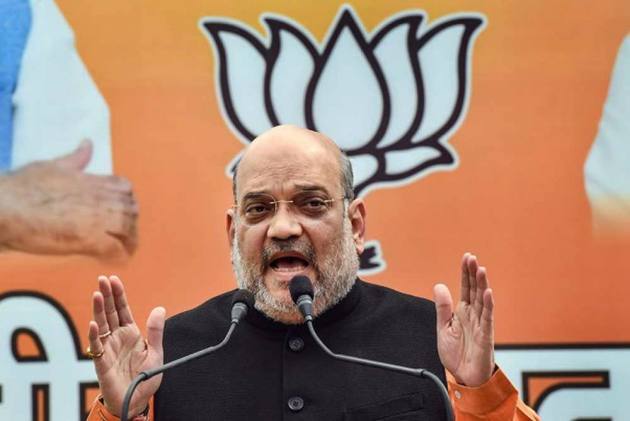 Home Minister Amit Shah participated in a roadshow in Puducherry on Thursday to seek the support of voters for Bharatiya Janata Party candidates as the union territory is set to vote for April 6 Assembly elections.

Shah who arrived at the airport in Lawspet, drove to the Siddhananda temple in Karuvadikuppam to offer prayers.

This was Shah's second visit to the union territory as he had earlier addressed a poll rally in Karaikal in February.

The BJP is contesting from nine seats in the Assembly polls while the AINRC heading the NDA in Puducherry has fielded its nominees in 16 segments and AIADMK in the remaining five.