Home Ministry Confirms It Has No Information On ‘Tukde Tukde’ Gang, Activist To Explore Legal Options

RTI activist says Amit Shah and Home Ministry are contradicting each other and he will take the matter to the EC. 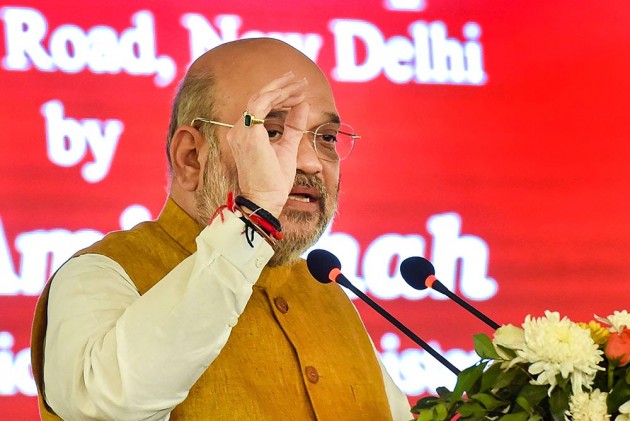 The Union Home Ministry on Monday confirmed that it has no information on ‘tukde tukde’ gang, a term which has been frequently used by the Prime Minister, Home Minister and other union ministers. Replying to an RTI query by activist Saket Gokhale, the ministry said that it did not possess information regarding the term.

Responding to the ministry’s reply, Gokhale said that the Home Minister and the Home ministry are contradicting each other and he will take the matter to the Election Commission.

“Mr Shah has been using this term repeatedly during election rallies. This is something the EC should examine because the home minister and the home ministry are contradicting each other,” Gokhale told Outlook.

Talking about the further course of action, Gokhale said that he will send notices to both the Home Minister and Foreign Minister S Jaishankar, who made a remark on the ‘tukde tukde’ gang during a TV interview on January 6. Jaishankar said there was no “tukde tukde gang” at Jawaharlal Nehru University when he was a student there.

“I will be sending a notice to both ministers for clarification on their remarks,” he said.

In his RTI query, Gokhale asked information about whether Shah's reference to the alleged 'tukde tukde gang' was based on specific briefings by the ministry or other law enforcement agencies.

Gokhale said that he will explore the option of the judiciary if information is not forthcoming and he also demanded an apology from the Home Minister.

“I need clarity on where exactly the government of India stands. Either you prove that the ministry doesn’t have information which you possess and that both are contradicting each other. Or tender an apology and tell people that you got carried away in political rhetoric and used the term, which doesn’t exist,” he added.

At a rally in Delhi last week, Shah made the latest reference to the term as he said the Congress and the “tukde-tukde gang” are inciting violence against the Citizenship Amendment Act (CAA) and they should be punished.

When the Home Minister says that certain individuals are trying to break India apart, it’s a matter of serious concern, said Gokhale.

“I will be reaching out to people, who have been branded as part of ‘tukde tukde gang’ and encourage them to file defamation suits against Shah,” he said.

Gokhale’s RTI application also sought information on the definition of 'tukde tukde gang' as identified by the Ministry of Home Affairs and whether a standard operating procedure (SOP) has been drawn up to identify the gang. The term came into wide usage in 2016 after it was alleged that some students raised ‘anti-India slogans’ in JNU. Now that the Home Ministry admitted this term doesn’t exist, there should be push back from people against it, says Gokhale.

“We had enough since the JNU episode three years ago. People have been constantly subjected to this. There have been many sedition charges against individuals and ‘go to Pakistan’ taunts. We cannot get it institutionalized,” he said.

Gokhale also urged the opposition parties to take up the issue in the upcoming budget session of the Parliament, which starts from January 31.

“Some members should effectively move a private member question on this. And the PM has to give an answer. That’s where the role of individual ends and the role of opposition begin,” he said adding that dog whistle politics had to come to an end.