Mobile phone services for post-paid subscribers resumed in Kashmir after 72 days on Monday, but without any internet facilities. By about 5 pm, SMS services were stopped too. 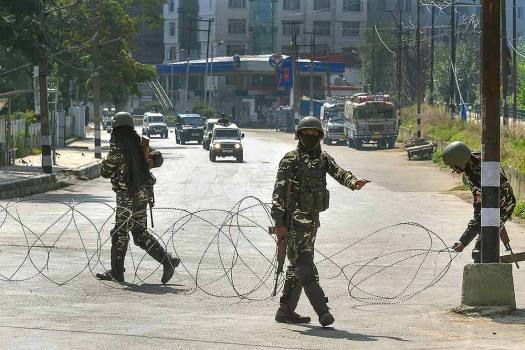 SMS services were stopped as a "precautionary measure" a few hours after post-paid mobile phone connections were restored in Kashmir Valley, officials said on Tuesday.

Mobile phone services for post-paid subscribers resumed in Kashmir after 72 days on Monday noon, but without any internet facilities. By about 5 pm, SMS services were stopped too, officials said.

"SMS services were stopped last evening as a precautionary measure," said an  official.

Two terrorists, including a suspected Pakistani national, shot dead the driver of a Rajasthan truck and assaulted an orchard owner in Shopian district of Jammu and Kashmir around 8 pm on Monday.

Police said the deceased was identified as Sharief Khan and the terrorists carried out the attack in Shirmal village in desperation as fruit transportation was picking up in the Valley.

Governor Satya Pal Malik said on Monday that internet services would be resumed very soon, but officials in the security establishment maintained the process might take up to two months.

A decision on pre-paid subscribers could be taken next month, they said.

Phones fell silent on August 5, when the Centre revoked Jammu and Kashmir's special status and reorganised the state into two union territories.

In Jammu, communication was restored within days of the blockade and mobile internet was started around mid-August. However, after its misuse, internet facility on cell phones was snapped on August 18.

Also Read | As Govt Lifts Ban On Postpaid Phones In Kashmir, Prepaid Users Ask 'What About Us?'