'Peaceful protest is our strength. People from all religions, who support us, should join us in great numbers,' Azad said. 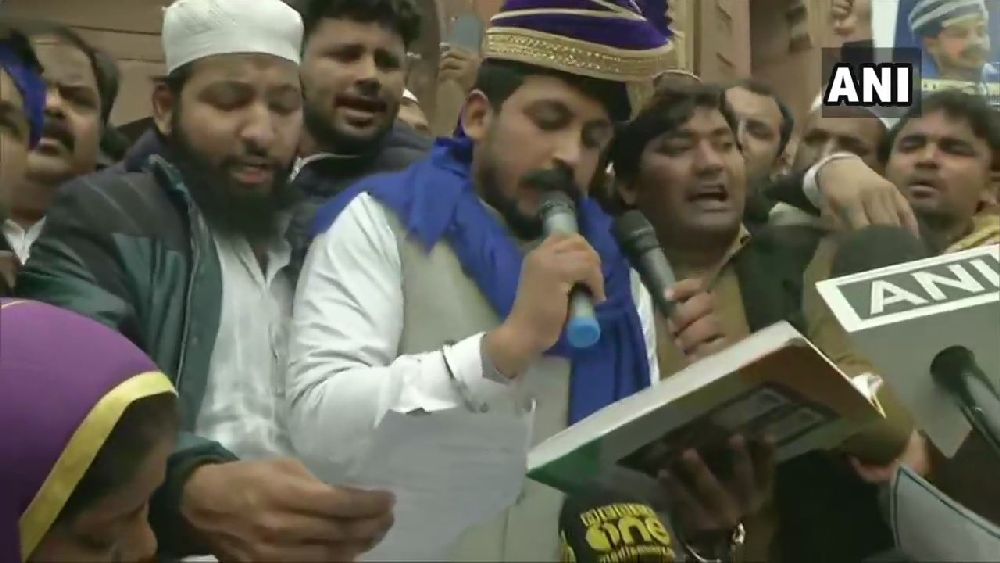 Flanked by his supporters and locals, Azad read out the Preamble to the Constitution.

Calling for repeal of the Citizenship Amendment Act, which he termed as a "black act", he said nothing is more important than keeping the country together.

"Peaceful protest is our strength. People from all religions, who support us, should join us in great numbers to prove it to the government that these protests are not led by Muslims alone.," Azad said.

Later, while addressing media, Azad said: "The court has advised me to respect Modi Ji. I do respect Narendra Modi because he holds a constitutional position. Similarly, I would urge him to respect the Constitution and not attack it."

Also Read | 'As If Jama Masjid Was In Pakistan': Court Slams Police On Azad’s Arrest

"The clothes on my body have been granted by this Constitution drafted by Babasaheb Ambedkar. I can never go against it," he added.

Azad, who was arrested in connection with the violence during an anti-CAA protest in Old Delhi's Jama Masjid, was released on bail from Tihar Jail on Thursday night.

He was welcomed by his supporters who chanted slogans and garlanded him as Azad walked out of jail with the Constitution in his hand.

Upon his release, Azad said, "Our protest will go on under constitutional framework till this law is not rolled back. We are against people who want to divide our country."