House Of Vikas Dubey, Gangster Involved In Killing Of 8 UP Cops, Razed To Ground

Media has been barred from the area during the demolition drive at the house, which has not only 30- to 40-feet-high thick walls on the perimeter, but is also secured by concertina wire and 50 CCTVs. 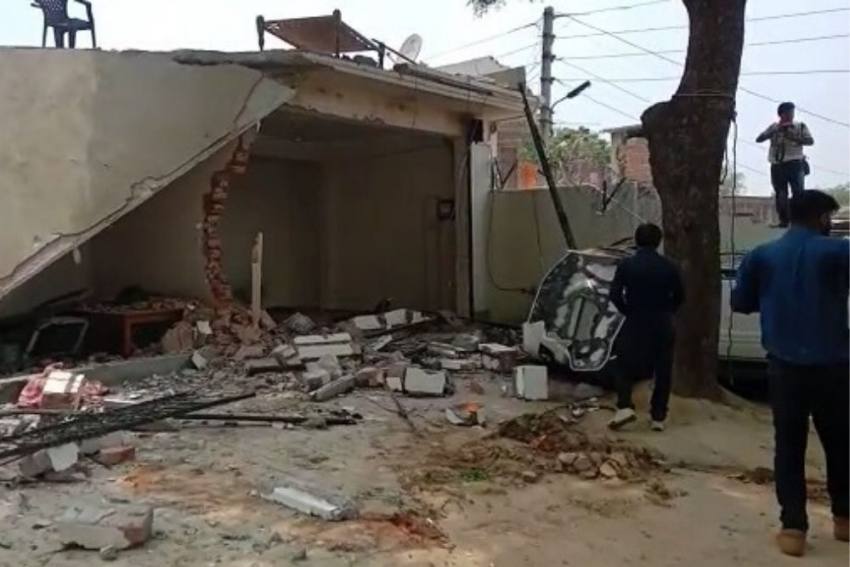 Screengrab of a video showing the demolished house of gangster Vikas Dubey
IANS 2020-07-04T16:43:33+05:30 House Of Vikas Dubey, Gangster Involved In Killing Of 8 UP Cops, Razed To Ground 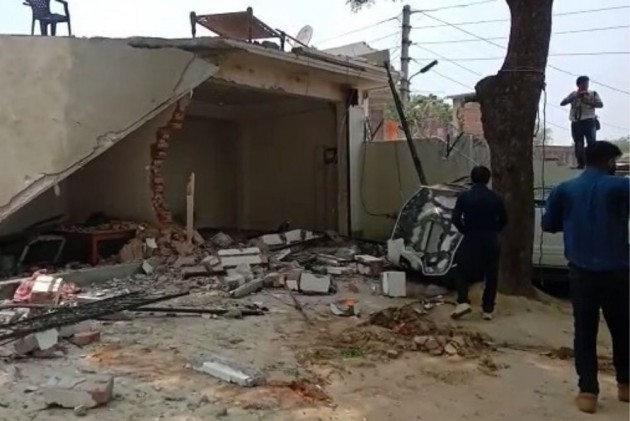 A day after eight police personnel were shot dead by history-sheeter Vikas Dubey and his gang in Bikru village under Chaubeypur police circle in Kanpur, authorities on Saturday reached the village along with a team and started to demolish the well-fortified house of the gangster.

It was learnt that police had got Vikas Dubey's father and his family along with servants to vacate the premises and cordoned off an area of 50 metre around the house before launching the demolition drive. Even the structures used to park vehicles within the compound have been demolished.

Even the media has been barred from the area during the demolition drive at the house, which has not only 30- to 40-feet-high thick walls on the perimeter, but is also secured by concertina wire and 50 CCTVs.

Sources said that Vikas Dubey had illegally occupied land worth crores of rupees in Kanpur and other places. He also owned a number of luxury vehicles, apart from expensive furniture and electronic gadgets.

After the encounter, police had sealed the house and conducted a thorough search at the house, where a bunker was also discovered in an old house within the premises.

Three of the four gates on the perimeter walls were wide enough for four-wheelers to enter and exit and were secured by CCTVs, both inside and outside.

It is pertinent to mention here that a police team comprising about 50 police personnel had gone to the village around 3.30 am on Friday after a tip-off about the presence of Vikas Dubey at his village house.

Dubey and his men had parked a JCB in a village bylane to block their way. As soon as the police team reached there, the gangsters started firing from the terrace of an adjacent house.

The criminals, numbering about a dozen, had also pelted the police team with stones. The deceased police personnel had received multiple bullet wounds in the incident.

No Flights To Kolkata From Delhi, Mumbai, 4 Other Cities From July 6-19