Five years after demonetisation, homemakers recall how they had to reveal their 'secret' stashes of cash to their husbands and families to get the banned banknotes changed. 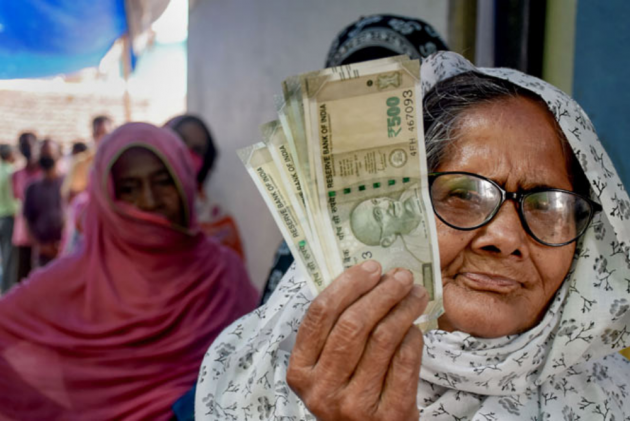 As Prime Minister Narendra Modi finished announcing the demonetisation of all Rs 500 and Rs 1,000 banknotes, a scurry of frenzied activities broke out across several households. Homemakers ran back and forth in their houses trying to pull out their secret “kitchen savings”.

It is a common practice amongst homemakers to save some amount from the family budget for the month handed over to them in cash by their husbands.

This money is often stashed away in secret hideaways within the house to be used at a future date and is an integral part of the household economy.

Many homemakers are part of the society or building kitty groups that operate in the hours when the husbands are at work and the children are away at school or colleges. These 'kitty party' gatherings are not just a way for women to socialise but also for them to pool their savings.

However, five years ago on November 8, many homemakers had to reveal their secret savings to their husbands to ensure that the demonetised banknotes could be exchanged. 43-year old Jaishree Kulkarni from Latur had saved Rs 65,000 over a period of 6-7 months. “Instead of asking my husband for money all the time, I save some money every month from what he gives me. I wanted to buy some gold with it. I had to give it all to my husband so that he could exchange it. I did not get a single rupee back. All that I had saved up went into my husband’s pocket,” said Jaishree to Outlook.

In another household in Mumbai, 74-year old Shakuntala Mandwekar suffered a near panic attack as she watched the news on TV. Taking out a small purse kept within the safety of her blouse, she took out a key. Opening her suitcase, she took out a wad of banknotes – all in the denominations of Rs 500 and Rs 1000. A rich widow from central Maharashtra, she was visiting her son and his family in Mumbai. The son and the mother counted out Rs 50,000 from the suitcase. “There was some more money back home. I had kept it in a sack in an aluminium trunk,” she narrated to Outlook. “I lost over a lakh of rupees as it was not possible to get it exchanged. It was my savings from the farm produce. Who will give me back my money?” questions the wistful senior citizen. “The money is laying in that sack but it is of no use.”

For both women, living in different parts of Maharashtra, their secret savings spelt freedom for them. However, post demonetisation, according to both women it has become difficult to save up as they have now come under the “family radar”. They confessed in separate conversations, that “everyone in the family keeps asking them for money and don’t believe when we say we do not have money”.

(This story is part of a series called 'Flashback Demonetisation: Money For Nothing, Shock For Free' by Outlook. The compilation of anecdotes explores the success and failures of demonetisation through real life incidents faced by those who bore the brunt of it. Read all stories only on Outlookindia.com)