'How Do People Breathe?': Supreme Court Says Odd-Even Not A Solution To Delhi Pollution

The SC asked the Centre to prepare a road map for installation of air-purifying towers across Delhi. 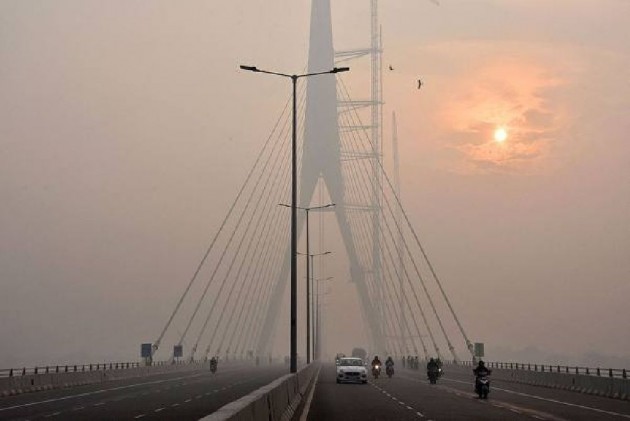 The Supreme Court Friday summoned chief secretaries of Punjab, Haryana, Uttar Pradesh and Delhi to know about steps taken by them to reduce air pollution in Delhi-NCR and said it is difficult for people to breathe when Air Quality Index is almost 600.

A bench of justices Arun Mishra and Deepak Gupta said effective steps must be taken and 13 pollution hotspots in Delhi should be cleared of pollutants.

The apex court questioned the Delhi government over granting exemptions, including to 2-and-3 wheelers, during its odd-even scheme and said that pollution level in Delhi is increasing in spite of the vehicle rotation scheme being in force.

The Supreme Court also said the Odd-Even rule may not be a permanent solution.

"We can try to control pollution but nature is not in our control. This is what happens when nature is misused, and that if no exemption is given under Odd-Even scheme it can work," Supreme Court observed.

Central Pollution Control Board told the Supreme Court that cars constitute 3 per cent of pollution levels while garbage dumping, construction wastes and road dust are also major contributors to the pollution levels.

"Cars are contributing 3 per cent to pollution levels and all the vehicles combined contribute 28 per cent to it," said CPCB.

Senior advocate Mukul Rohatgi for Delhi government told the Supreme Court, "If certain exemptions are removed that are given under the Odd-Even scheme, like two-wheelers, it will help. We are trying to work it out further if two-wheelers won't be allowed, the city will come to a standstill," he said.

Also Read Decision On Odd-Even Extension To Be Taken On Monday: Arvind Kejriwal

It also expressed concern that despite the reduction in stubble burning, pollution levels in Delhi are worse.

The Delhi government told the top court that its odd-even scheme has helped in reducing pollution and the "real culprit" behind the region's pollution is stubble burning.

The Centre also told the bench that it is examining the feasibility of putting up smog towers to reduce pollution in Delhi.

Supreme Court asked the Centre to prepare a road map for installation of air-purifying towers across Delhi to deal with the pollution crisis.