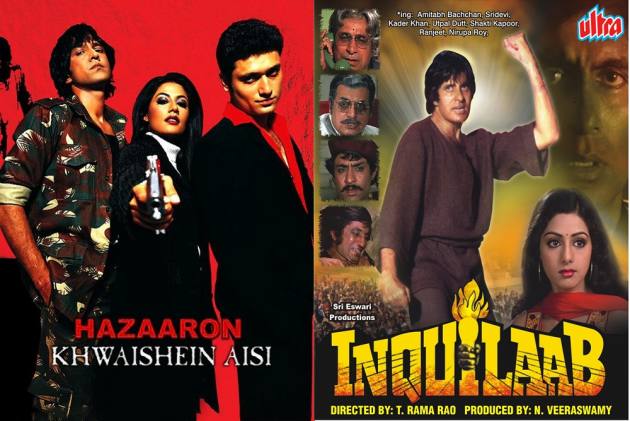 How protests are portrayed in films reflects the times we live in. Dilip Kumar’s passionate speech in ‘Leader’ in the 60s was supposed to be an extension of Nehru ideology while Amitabh Bachchan’s threat to jump off the tall building in ‘Main Azad Hoon’ a decade later spoke about the exasperation post emergency, the recession and the youth restlessness.

Film historian and critic Bhawana Somaaya says, “Protests were always a part of our films, before colour came into our movies and even before sound came into our films. They were more subtle, less aggressive, sometimes in form of expressions, sometimes as ideology and more often as inspiring poetry and songs. ‘Door hato door hato duniya walon Hindustan humara hain’ is a song of protest too. In the olden days all the protests were against British rule. Bankim Chandra Chatterjee’s Bande Matram picturised on Geeta Bali and sung in a fiery voice by Lata Mangeshkar is another example of this.”

But the question that comes to our mind is are protests in films agenda driven? There is anger in the film ‘Hazaron Khwaishey Aisi’ and defiance in ‘Newton’ which again reflects a changing India and a changing generation of filmmakers. Somaaya adds, “I disagree that protests in films are agenda driven. The premise can be an inspiration but art is too precious to be compromised for vested interests. Nobody wants to make films that are going to get stuck with the censors. Of what use is a ‘Kissa Kursi Ka’ that never saw the light of the day?”

Over the decades our film script writers emphasized on the fact that less was more. Somaaya cites the example in Shyam Benegal’s film of the early eighties, ‘Kalyug’ during a confrontation scene between the labour leader and mill owner, the arbitrator asks Om Puri, ‘Toh shuru karein? To which a cryptic Om Puri responds: ‘Samay bachega’. Another example is Gulzar’s ‘Maachis’ released sometime in the 90s. All Om Puri says is ‘Aadhey ko 1947 kha gayin aur aadhe ko 1984’. There is a long pause as the camera lingers on the actor’s expression. 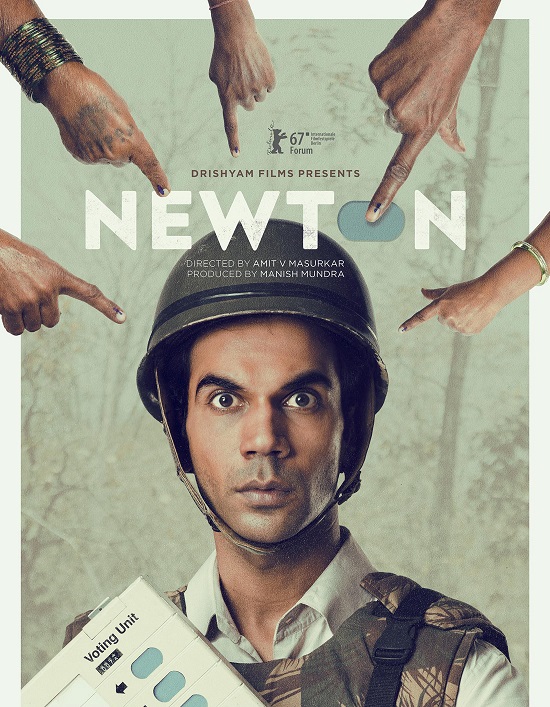 Filmmaker Tanuja Chandra says, “All art has a world-view, all stories are political. A movie of any genre makes a statement about the way we live our lives, whether overtly or in a non-explicit way. Having said that, we haven’t had many films on protest though. Protest was an integral part of our freedom struggle but in recent years it has become regarded as something sinister, as acting against one’s nation. This is tragic, not to mention terribly un-democratic and my hope is that this will change. And that many more narratives will be woven around this theme.”

Protests in Indian cinema like Main Azzad Hoon, Inquilaab, Hazaaron Khwaishein Aisi and Newton spoke about a particular incident, an event that happened in India. Though these are all works of fiction. Noted film critic, author and filmmaker Ram Kamal Mukherjee says, “Not just Hindi cinema, I feel regional cinema has done movies which are politically vocal be it Bengali, Tamil, Telugu and Malayalam. These films have a strong political element in it and there are a lot of regional issues which the audience is not aware of and we don’t get to see in a national film. When I watch these regional films on protests, it excites me because as a filmmaker there are certain issues which I am not aware of.”

Mukherjee adds, “Recently the Tamil film ‘Jai Bhim’ which spoke about the Dalit movement and it did make me very conscious about the fact that we aren’t treating our fellow citizens in a fare way. This is the right time to make this kind of thought-provoking protest film because for the new generation it is time they know their own history. And when we are talking about history it need not be only from the past, but contemporary history is equally important.”

Bengali cinema has highlighted at length on the Naxalite Movement and protest movements on land acquisitions. Mukherjee adds, “I personally feel Hazaroo Quisha Aisi’ is one of the best films on protest movement because Sudhir Mishra dealt with the subject with a lot of honesty and the film came across beautifully because all the performers executed the roles to perfection. It is one of the finest films on protest.” 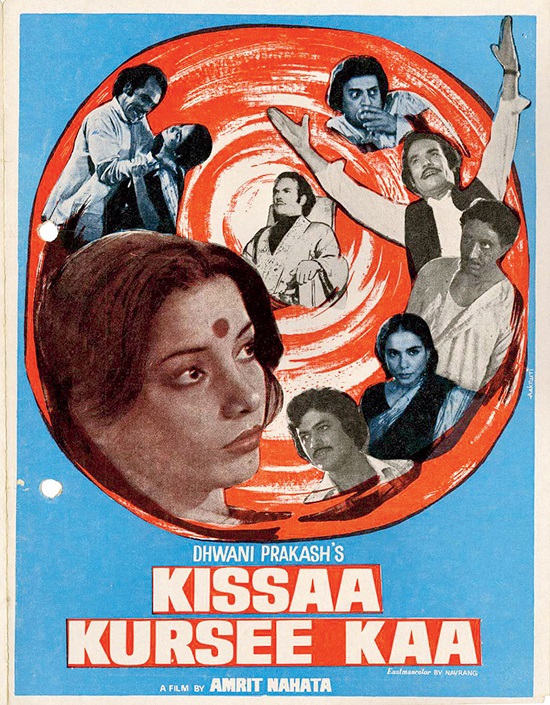 ‘No One Killed Jessica’, is one of the films which shook and inspired the whole nation because it again spoke about protest. The film shows how the media stood by Jessica Lal’s sister and how she got justice eventually. It was a real story and people connected to it.

Experts believe that most of the protest films are niche, so audiences who are not politically aware and those who are not so involved about our country’s political scenario, don't really want to watch this kind of film. Mukherjee adds, “It has been seen that these films which show protest eventually become film festival movies and they don’t have proper release as there are no commercial returns. One major challenge as a filmmaker when making such kinds of film based on the current happening or historical protest element is that a major section of the audience might think it to be preachy. And these films rarely get a producer or an investor who will put in their money to help make this kind of cinema.”

Films are a reflection of our society and over the years protests have changed. Like for instance ‘Newton’ had a fresher and a more contemporary kind of protest which is why it resonates with today’s audience. Komal Nahta, Bollywood trade analyst explains, “When protest becomes a focal point of a film then a lot of other elements have to be sacrificed like romance, song, dance, emotion which are staple ingredients for a successful film at the box office. Protest films are class appealing films which only one section of the audience watches and that is why they don’t see universal success.”

Films like any form of art are often made purely for the love of the craft and sometimes it can be agenda driven too. And not just cinema, even other mediums like plays, music, poetry are where we can subconsciously plant a seed of good or bad in people’s minds. Bollywood filmmaker Leena Tandon says, “Protest based films of recent times like Newton, Talwar, Black Friday might just be an interpretation of the film maker and not necessarily be agenda oriented. If we as film makers experience an event and feel the need to spell it out through the medium, we know best, not necessarily all are portraying agendas.”

Film critic and author, Nandita Puri says, “Most protest films tend to be agenda driven. But ‘Aghaat’ by Govind Nihalani essaying the plight of the mill workers during the time of Datta Samant days is my favourite. The apathy of the owners resulted in strong workers unions. Starring Om Puri it also was the first film of Madhuri Dixit as a teenager. ‘Aghaat’ was way ahead of its time and Govind Nihalani was at his best."

Over the years, like everything has evolved, cinema has evolved too. A filmmaker’s job is to show the mirror. It’s up to the audience to either reflect or refuse. Audience today, Tandon admits have become smarter and they go deeper into the subject when it comes to film appreciation. They are intellectually involved in the craft and story which wasn’t seen a few years back. She says, “Earlier everything had to be spoon fed. So, our story telling ways of similar subjects definitely have changed. Protest films like ‘Newton’, created a world, got the audience involved and then left it to them. The best thing that films based on protests can do is to ask questions instead of giving the answers.”