How Were Ineligible Persons Included In The NRC, Asks Gauhati HC 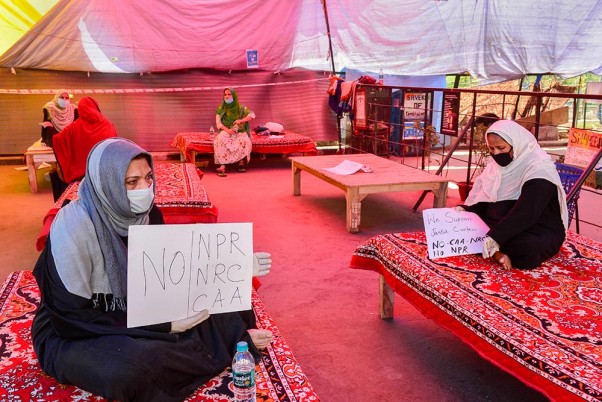 Gauhati High Court has directed the NRC state coordinator to file a comprehensive affidavit explaining how a section of ineligible persons managed to include their names in the National Register of Citizens (NRC).

Hearing a writ petition by Rahima Begam against a Nalbari district Foreigners' Tribunal order declaring her a foreigner, the high court bench of Justices Manojit Bhuyan and Soumitra Saikia said they have noticed that many names were included in the NRC by flouting laid-down norms.

"Let the Assam State Coordinator, NRC file a comprehensive affidavit and bring on record the situations along with necessary particulars, whereby inroads into the National Register of Citizens (NRC) may have been created by individuals who are undeserving and not legally entitled to be included in the NRC," the order said.

The affidavit will not be confined to Nalbari district only, but contain details of all other districts across the state as well, the bench said in its October 19 order which was uploaded recently.

"An issue of great importance is noticed in the present case. It is not a solitary instance, inasmuch as, in a number of cases we have noticed and recorded similar issues appearing," it added.

The bench noted that the name of the petitioner appeared in the NRC even when proceedings against her had been initiated and continued on the basis of reference made by the Nalbari superintendent of police (border).

"Such insertion of name is against the law ... As indicated above, this is not an isolated case," it added.

Rahima Begam was declared a foreigner by the Foreigners' Tribunal No. 3 of Nalbari district on November 8, 2019 and she had filed a writ petition in Gauhati High Court on August 14 this year challenging it.

As per the rules of the NRC, names of persons belonging to the categories of declared foreigners, "D" (doubtful) voters, and against whom cases are pending in Foreigners' Tribunals cannot be included in the historical document as well as with their descendants.

On October 13, the NRC state coordinator cwrote to all the deputy commissioners and the district registrars of citizen registration (DRCR) directing them to issue "speaking orders" for deletion of "ineligible" names from the final NRC as many of them and their descendants were included in the list.

Though the letter did not mention how many people's names will be excluded, sources close to the development claimed that around 10,000 people have been identified whose names were "wrongly included" in the final NRC and will now be excluded.

Though the final NRC list was made public last year, it has not been notified by the Registrar General of India yet. This leaves the historic and controversial document without any official validity.

After the publication of the final NRC, almost all stakeholders and political parties had criticized it as a faulty document alleging exclusion of indigenous people and the inclusion of illegal migrants.

On August 31, 2020, state parliamentary affairs minister Chandra Mohan Patowary told the Assembly that the Assam government had submitted an affidavit in the Supreme Court for re-verification of 20 per cent names in districts bordering Bangladesh and 10 per cent in the rest.