How Jawaharlal Nehru Understood India’s Past

Nehru had a unique sense of India’s past and destiny. It can be gleaned through his 1946 text The Discovery of India, as also his speeches and writings at other points of time. 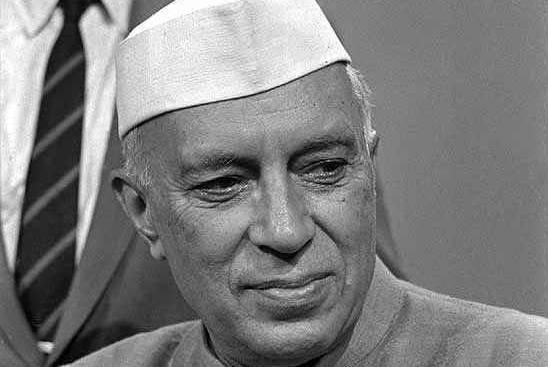 In December, 1961, Jawaharlal Nehru, the first Prime Minister of India, visited Banaras Hindu University to address teachers and students on the birth anniversary of Madan Mohan Malaviya, Congress and Hindu Mahasabha stalwart, who had founded the university.

The tribute of Nehru, a socialist who had spent more than 10 years in jail during the freedom struggle, was glowing.

He recognised in Malaviya, with whom he had had differences in his lifetime, an amalgam of India’s ancient culture and modern knowledge.

“Malaviyaji paid attention to various aspects of national life. His attention was drawn right from the beginning to education and our ancient culture. That was at a time when education was available to a handful of people only and they were influenced by Western culture. But at the same time we were imbibing a great deal which was not only necessary but also harmful to us... Those who have innate self-confidence do not need to copy others. We had begun to copy the non-essentials of Western culture…. We paid less attention to the learning which had made Europe great….,” Nehru told the audience comprising teachers and students of BHU. “Therefore Malaviyaji drew our attention to the need to imbibe only the best from the West and at the same time to hold on to the invaluable heritage of Indian culture. He was himself extremely well versed in European culture and the English language. He had great respect for Western science…. So in a sense what he wanted to do was to link European science and Indian culture, the new Western industrial civilisation with our ancient traditions. This is exactly what we are trying to do today. So he started this university with this great goal in mind...”

“He was a perfect example of all the best in our culture, which is a soft heart and unbending principles, his capacity to build rather than to destroy, and to forge a link between opposing viewpoints,” Nehru added. “The yardstick to judge any great human being is whether he is a builder or a destroyer. This is especially true in India where fissiparous tendencies are so many, whether a leader attempts to unite or separate gains greater significance.…”

Nehru also showered praises on Varanasi, the host city, saying that it reminded him of ancient greatness.

“When I come here to Benares or Varanasi or Kashi – whatever you call it, I see before my mind’s eye, not so much the buildings that are standing today, as thousands of images of the ancient times when this city was among the three or four most ancient of the time and are still standing today. This city has been in existence for more than 2500 years, there is mention of this city in the Mahabharat and Ramayana,” he said. “Gautam Buddha came here to deliver his first sermon. Why did he come? It is because Benares was at that time the centre of India’s culture and ideas... I see in my mind’s eye many such images of all that has happened in Benares, how many great human beings have come here and left their imprint on the city. The panorama is fantastic and I think there is hardly any other city that can compete with it.”

Nehru had a unique sense of India’s past and destiny. It can be gleaned through his 1946 text The Discovery of India, as also his speeches and writings at other points of time.

However, amid much debate about Nehru, who remains an enduring figure in Indian history, the civilisational Nehru -- who had a deep sense of respect for India and its past -- is forgotten. The man is lost behind his many initiatives, be it the foundation of IITs, IIMs and AIIMS, the construction of big dams, the Five Year Plans and a mixed economy, the desire for import substation, non-alignment and a thrust on scientific temper and secularism as defining features of India.

The Discovery of India, written in 1946, is replete with instances of not just Nehru’s deep reading of Indian spiritual traditions but his fascination with them and also his awe of how illiterate villagers drew inspiration from them. Nehru preferred spirituality, as he called it, to ritualism.

In the iconic text, Nehru builds an argument about the Indian past: India’s unity is thousands of years old and has survived and flourished as new groups became part of it. There were conflicts at times, but these were followed by a grand resolution, providing the nation enduring oneness.

“She was like some ancient palimpsest on which layer upon layer of thought and reverie had been inscribed, and yet no succeeding layer had completely hidden or erased what had been written previously,” Nehru wrote, almost lyrically describing the land ‘that with all her infinite charm and variety began to grow’ upon him. “Though outwardly there was diversity and infinite variety among our people, everywhere there was that tremendous impress of oneness, which had held all of us together for ages past, whatever political fate or misfortune befell us. The unity of India was no longer merely an intellectual conception for me: it was an emotional experience that overpowered me.”

Nehru had deep faith in the masses, as it were, and claimed to learn from them. He believed in science but saw the myths that actuated common villagers as “imaginary histories”, which were part fact and part fiction, but remained deep sources of inspiration that pulled common people out of the “drudgery” of daily life.

“I have not discovered any special qualities in a literate or slightly educated person which would entitle his opinion to greater respect than that of a sturdy peasant, illiterate but full of a limited kind of common sense,” he wrote. “...The old epics of India, the Ramayana and the Mahabharat and other books, in popular translations and paraphrases, were widely known among the masses, and every incident and story and moral in them was engraved on the popular mind and gave a richness and content to it.”

Despite being fond of India’s diversity, Nehru believed that nationalism was a must for India. In the 1961 speech, just two-and-a-half years before his death, he made this clear. “Two things are crucial for India. All the rest is secondary. One, there must be unity among the people. That does not mean that we must give up our diversity, different customs and traditions. But nationalism must be forged,” he said. “Unless the spirit of nationalism is forged, we will remain divided. Therefore, the duty to the country must take precedence over everything else, irrespective of which religion we follow.”

Nehru credited Mahatma Gandhi with training Indians to develop a strong bond. “His first and foremost goal was to infuse new strength into the people, to root out fear in their hearts and give them confidence in themselves. Once this was accomplished, the strength of the people would grow and the result would be that no foreign power could dominate them anymore,” Nehru said, endorsing the Gandhian method. “...If we had got freedom before the masses were ready for it, that freedom would have slipped away just as easily as it had happened again and again in the past.”