Kashmir: The 40 day harshest winter spell ‘Chilai Kalan’ commenced in Kashmir. It will end on January 31, however that will not end Kashmir’s long and harsh winter. Here is you need to know everything about Kashmir’s ‘Chilai Kalan’. 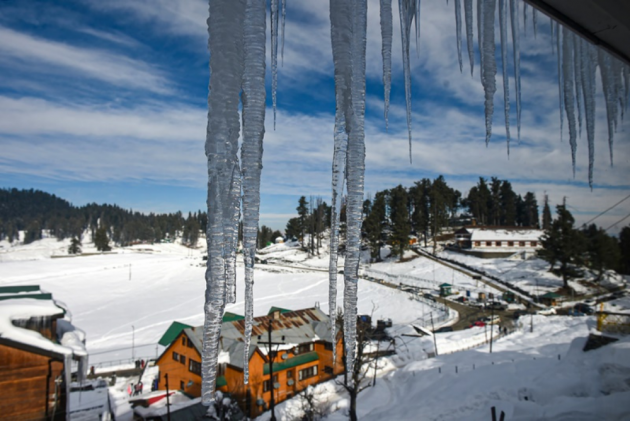 The 40-day harshest winter period in Kashmir commenced on Tuesday. The minimum temperatures settled well below the freezing point across the valley.

The UT’s capital city Srinagar recorded a low of minus 2.8 degrees Celsius on Monday night, slightly up from minus 5.8 degrees recorded the previous night.

What is Kashmir’s harshest 40 day period of ‘Chilai Kalan’:

It is that part of the winter in Kashmir, when maximum snowfall and rains are expected. The harshest winter spell in Kashmir, locally known as 'Chilai Kalan' (big cold), commences on December 21.

With the start of ‘Chilai Kalan’, cold wave tightens its grip over the Himalayan region. The day as well night temperatures drop considerably. The persistent sub-zero temperatures lead to freezing of the water bodies. Most of the times these water bodies in Kashmir freeze to the extent that the people walk over it. At places the children play cricket over it.

Most the times during this period, the pictures of Kashmir’s world famous Dal Lake getting frozen are splashed all across social media.

No. 'Chillai-Kalan' ends in Kashmir on January 31. However, the cold wave continues in Kashmir even after this period. It is followed by a 20-day-long winter spell, called locally as 'Chillai-Khurd' (small cold) and a 10-day-long 'Chillai-Bachha' (baby cold). Following this period, gradually winter in Kashmir descends into a mesmerizing spring season.

How Kashmiris cope with this harshest winter period:

Kashmir’s people over the years have been known for their resilience against the odds. Perhaps, it is this feeling that makes the native people to survive this harshest winter period.
With no greenery, Kashmiris mostly use dried vegetables, known as ‘Hokhe suen’ and pulses during this winter period.

Besides, some affluent families use ‘hamas’ to keep themselves warm in winter. The ‘hamam’ is a specially made room of stones in certain Kashmiri homes, under which wood is burnt to make the floor warm. However, for the common people it is the traditional earthen pot with embers, called ‘kangri’ that helps them to wade off biting winter cold.

Besides, most of the Kashmiris use ‘pherans’—long woollen coats to keep themselves warm. The ‘pheran’ is designed in a way that a person can easily keep ‘kangri’ inside it to keep himself warm during the winter season. Over the years, the various ‘pheran’ designs have been introduced to make it trendy. However, those trendy pherans are mostly preferred by office going lot and students, who move out of their homes.

Do Kashmiris eat some special dishes during this harshest winter period:

Yes. There is a special delicacy called ‘Harisa’ in Kashmir, which is a speciality of Srinagar’s historic old city, famously known as Downtown. ‘Harisa’ is a lamb meat delicacy which is cooked overnight, and mixed with special ingredients, especially Kashmiri saffron. The Downtown localities including Aali Kadal, Fateh Kadal, Rajouri Kadal are the spots where one can get the finest of ‘Harisa’.

Do people face difficulties during this period:

Yes. In Kashmir most of the times and at most of the places, electricity places a ‘hide and seek’ game during these winter months. There are certain places in Kashmir which remain cut off from the mainland until April. The people at these places use age old methods for lighting their homes. With no electricity, the people are left with no option but to use ‘kangris’ to keep themselves warm.

The people at these places have their ways of passing this season. At places, mostly in villages, the households use this time to make shawls, carpets or other embroidery materials. At certain places, there are raconteurs who still leave the people mesmerised with their story telling art. However, with the advent of technology it has become a rarity. There are places still where you would find a raconteur in a Kashmiri home, sharing anecdotes over cups of Kashmiri salt tea.