Addressing a meeting of the newly-elected chairpersons of zila panchayats and block panchayats on the first day of his visit, Nadda praised Prime Minister Narendra Modi over his handling of the coronavirus pandemic and the vaccination drive. 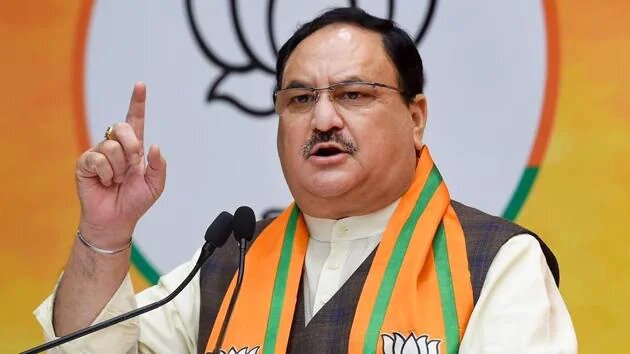 BJP president JP Nadda, on his two-day visit to Uttar Pradesh lashed out at the opposition saying people with "narrow mindset" should not be elected to power.

Nadda visits the state ahead of the 2022 assembly polls  in which the ruling BJP will be pitted against the Samajwadi Party, the BSP and the Congress among other regional fronts.

While addressing a meeting of the newly-elected chairpersons of zila panchayats and block panchayats on the first day of his visit, Nadda praised Prime Minister Narendra Modi over his handling of the coronavirus pandemic and the vaccination drive.

"On April 20, 2020, Prime Minister Narendra Modiji constituted a task force and he gave the country two vaccines (against coronavirus) in nine months," he said.

"It is a separate matter (that the Opposition said) we will not get vaccinated. This is a vaccine of the BJP. Now, you have been vaccinated with the BJP vaccine. This tells the mindset of the leaders. Those who have narrow mindset, how will they lead UP? This is something to think upon," he said, without naming any leader or party.

Just as the vaccine was being rolled out in the country in January, Samajwadi Party president Akhilesh Yadav had called it the "vaccine of the BJP" and said he would not take the shot.

"How can I trust the vaccine, which will be used for vaccination by the BJP? We cannot get vaccinated by the BJP's vaccine," he had said.

"Today, there is no shortage of vaccines, and by December, the industrialists of India will prepare 135 crore (doses of) vaccines," Nadda said.