How Srinagar Joined The Global List Of 49 Creative Cities Network

The INTACH dossier, the copy of which is with Outlook, reads, Kashmiri Craftspeople owe much in their artistic proclivity to the 14th-15th c. period of royal patronage in Kashmir. 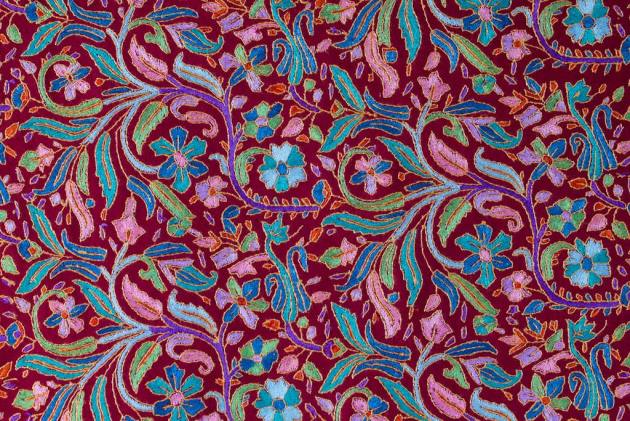 The dossier prepared by the INTACH Kashmir chapter that led to Srinagar becoming one of the 49 cities worldwide to join the UNESCO Creative Cities Network (UCCN) is a comprehensive document about Kashmir’s craft history and its development over the past 1000 years.

Saleem Beg, INTACH chapter head J&K, says before submitting the dossier he held detailed deliberations and remodelled the dossier that was prepared in 2018. “We held a number of workshops. We held workshops in the old city of Srinagar. We held discussions with the Kashmir Chamber of Commerce,” he said. He said in the document baseline survey of crafts and craftsmen were done.

Mehmood Shah, Director Handicrafts, says the dossier that was prepared by INTACH is based on information and data given by the various departments. He says INTACH has worked extensively on the dossier and it is the exhaustive document, holistically based on the craft and craft alone, which has resulted in Srinagar joining UNESCO’s Creative Cities Network.

The dossier, the copy of which is with Outlook, reads, Kashmiri Craftspeople owe much in their artistic proclivity to the 14th-15th c. period of royal patronage in Kashmir. “The 16th-century Mughal rule re-organized the crafts industry and established royal karkhanas (industries). These continued to gain patronage under the Dogra rulers in the 19th-20th centuries.”

About Srinagar, the dossier says, “it is one of the ancient cities of South Asia with a continuously recorded history of about 1500 years, and its cultural apogee in the 15th-16th centuries.” Located on the historic Shahra-e-Abresham (Silk Route), the city generated a wealth of ideas related to arts and crafts, and facilitated the exchange of activities in trade, cultural practices and scientific knowledge, says the document. It says historically, Srinagar has created a legacy for itself as a trade-based city whose products like shawls and carpets have been internationally recognized.

The dossier says the handicraft industry forms an important economic base of the city, with 20,822 registered artisans practising various crafts in the city. “The major markets for Kashmiri handicrafts are Europe, Middle East and South-East Asia,” it reads.

“Srinagar represents a unique urban setting and natural landscape with their creative representation in the city's associated crafts. The brand ‘Cashmere’ and the motif paisley are internationally recognized symbols of the city’s distinct artistic identity. This rich tradition survives today in the form of 10 different crafts, 7 of which have received the unique Geographical Indication (GI) recognition. Craft is viewed as an important driver of the city's economy whereby it is estimated to contribute 6%-8% to the GDP of the Kashmir region,” the document reads.

“In the recent past, Srinagar’s rich craft practices and people were adversely affected by a lack of cross-cultural connections with other areas of the world. The political uncertainty in the region during the 1990s was a major deterrent to the development and transformation of Srinagar’s cultural legacy. These difficulties can be overcome by valorising the traditional arts and crafts sector to its full potential by developing city infrastructure for handmade products to counter challenges of machine-made products, enhancing city spaces to nurture crafts and arts and providing opportunities to local craftspeople for global exposure,” reads the dossier.

The Department of Handicrafts has a registered artisan base of 39506 craftspersons engaged in different traditional crafts within Srinagar. Available data indicates Pashmina shawl industry as the largest single manufacturing sector closely followed by hand-woven carpets. The average export of handicrafts from Kashmir for the past three years was Rs 981.27 crores. While the crafts continue to be practised amongst families for generations, 65% of them are first-generation artisans. “This demonstrates the healthy state of the crafts sector which continues to provide livelihood opportunities as well as sustaining its historical base,” says the dossier.

A majority of the artisans are trained in the traditional master-apprentice work culture, with 61% of the practising crafts persons having an accumulated work experience of 20 or more years, it adds.

The document goes on to state -

“The city of Srinagar has been extending an invitation to artists, travellers and scholars alike in addition to the general tourist population due to its immense natural beauty. This makes the city as one of the ideal destinations for artistic retreats and residency programmes. Over the past few years, the city has hosted and participated in International art exchange programmes with institutes in Europe, Asia, North America organized by Kashmir Art Quest,” reads the document.

“Presently the city has a registered artisan base of 39506 craftspersons in more than 10 historic crafts out of which 7 crafts: Pashmina, Hand-knotted Carpets, Papier-mache, Sozni, Kani shawls, Khatamband, walnut wood carving have the GI recognition. 95% of the craftspersons work under the traditional karkhana (small scale industry) system. The schemes launched by Department of Handicraft, has enabled indirectly linking the artisans with the market and providing physical spaces to demonstrate their products, locally as well as internationally.”